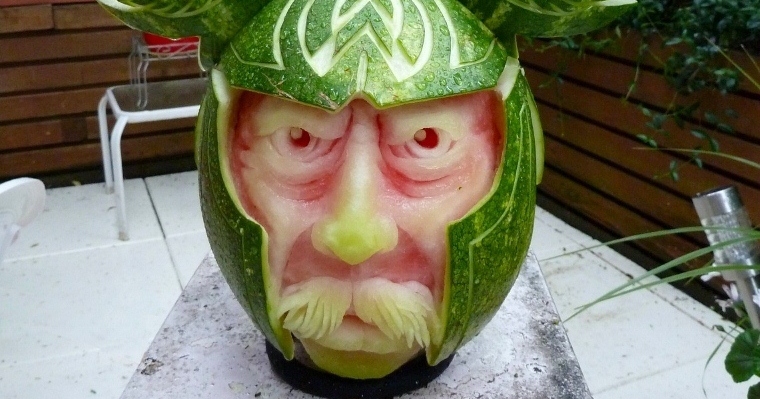 Watermelons are dudes, really good for curing a hangover and for sticking your cock into. But they can be used to create tekkerz pieces of art, too. Check it.

But watermelons can be used for other things apart from curing a hangover and shagging. They’re also good for creating really tekkerz pieces of art, and a Canadian guy called Clive Cooper has really mastered his technique (unlike Tulisa) – creating really awesome pieces of art. Each time he carves into a watermelon, it takes him up to 6 hours to complete and the watermelon only lasts a day before it starts to shrivel up and die and lose its shape. Cooper’s got skillz, check the pictures out below and if you like what you see, check his website. 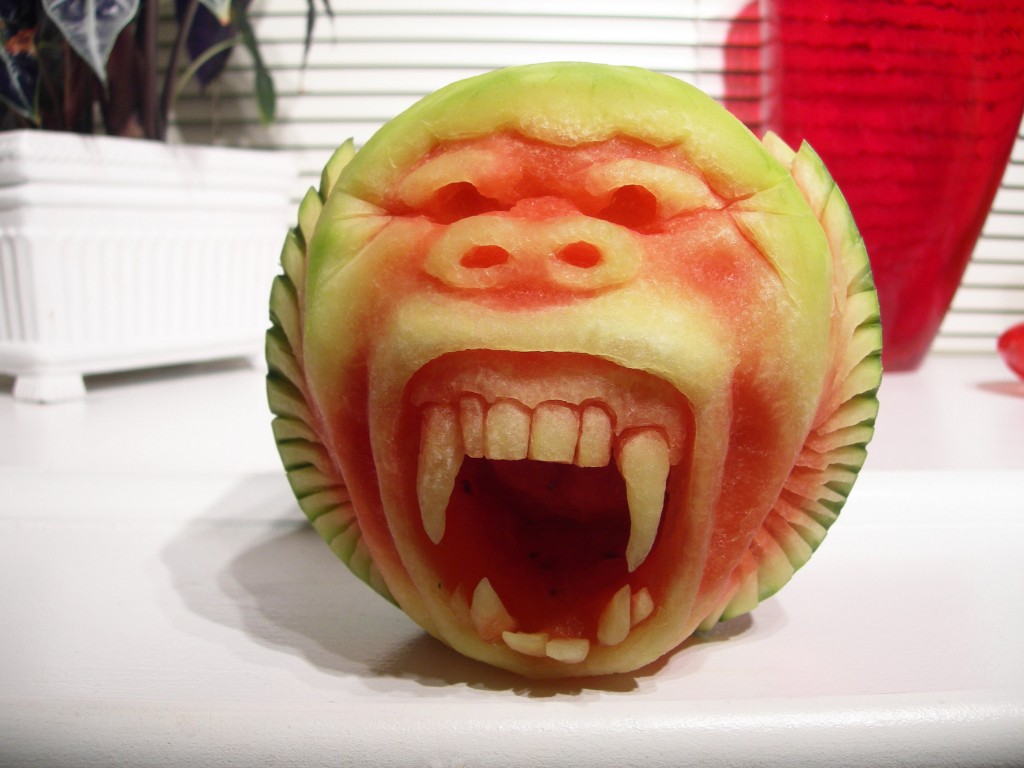 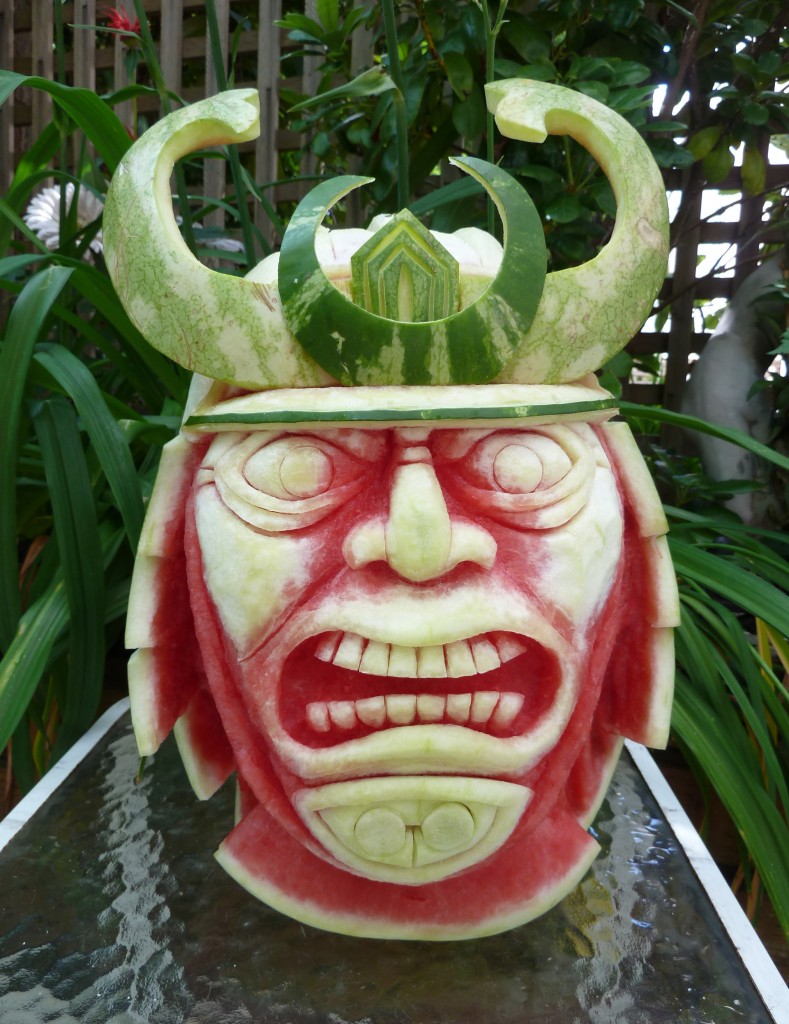 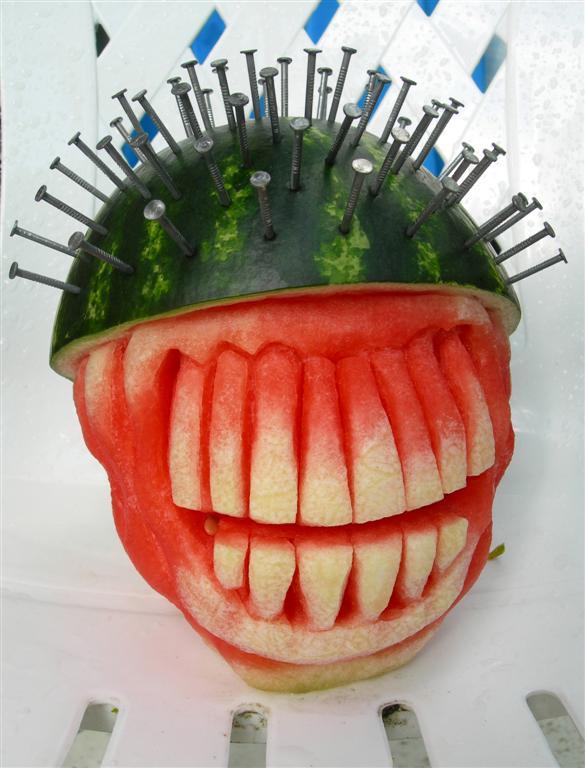