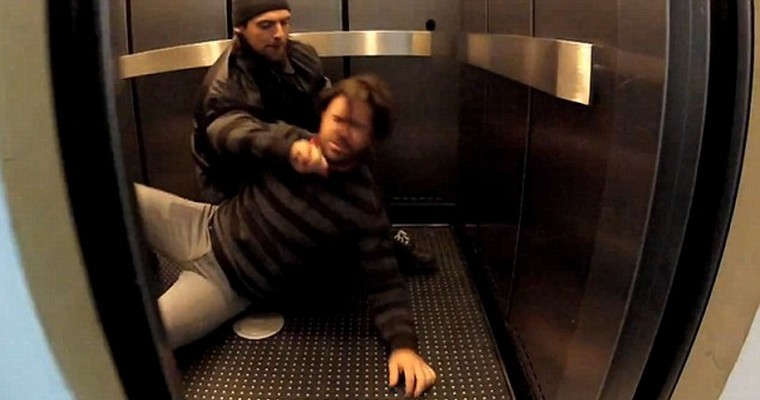 We’d all like to think we’d use our impossibly large man-balls to intervene if we saw someone being attacked, but in reality would you actually get involved?

We’d all like to think that if we were faced with a situation where somebody was being attacked by somebody else, helpless and crying out for help, we’d roll our sleeves up, say something really intimidating and then dive in fists first to save the day. But not before we’d strapped our gigantic balls to our legs to prevent them flapping about too much.

In reality, most of us are probably more likely to swear inwardly, quickly avert our gaze and then walk away trying to convince ourselves that it was probably nothing. 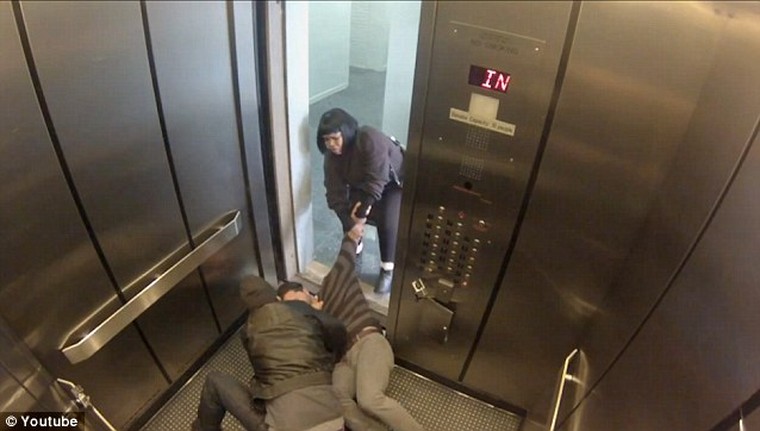 I once got back home to find the burglar alarm across the road was going off at about 3am. I called the police, and they said they’d only come out if I could physically see that there were burglars in the house. I.E. they wanted me to go over there and check. Being a bit worse for wear due to my nose’s insatiable appetite, and also unwilling to get shanked for the sake of some neighbours I’d never met, I obviously sacked that idea right off.

â˜› This Could Help Your Decision: How To Win A Fight

In theory, everyone likes to make out like they’d jump in to help a stranger, and that they wouldn’t actually cower like a beaver in a lightning storm at the thought of confronting an unhinged, violent maniac who’s already blinded by red mist in the throes of a psychotic episode.

The guys who made this video wanted to test that self-glorifying theory out, and they set up a nice little prank. Basically, there are two guys in a lift, and one of them is opening a can of murder-face on the other one. Obviously they’re pretending in this case, but the idea is to see how many people are prepared to risk their lives and help the guy who’s being done over, and how many people accept that they are a quivering mega-flange and carry on their cowardly way. 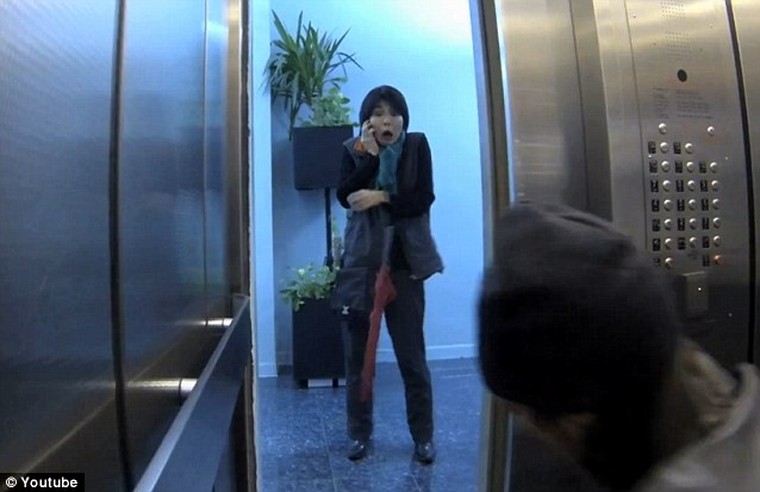 The results are pretty interesting. One woman actually goes batshit crazy and starts smashing the attacker in the head with her bouquet of flowers. Fair play to her for trying, especially with literally the worst weapon ever. If I could choose an object I’d most like to be hit with (if I had to be hit with something) then flowers would be up there. 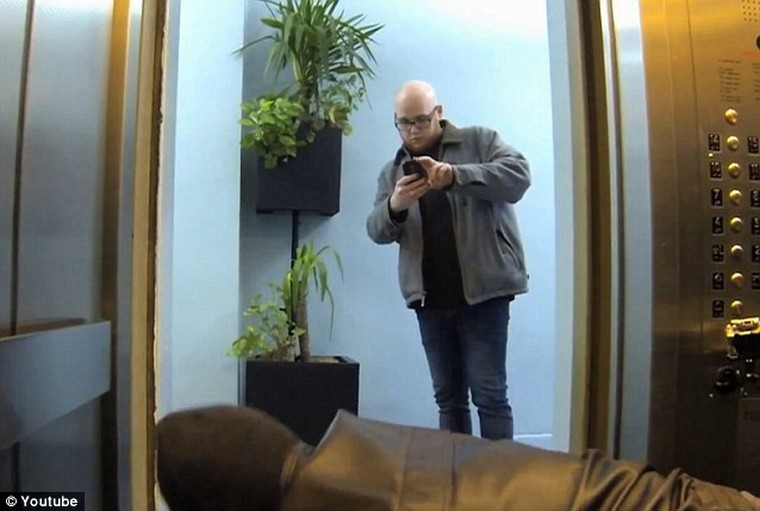 Another guy proves how much of a maverick by neither jumping in or running away. He takes a different approach by casually whopping his phone out and filming the whole ordeal. For many people that is the modern knee-jerk reaction to anything they see that could be considered Youtube-worthy. It’s like they instinctively think ‘OMFG VIRALZ’, and before they can even contemplate the morality of what they’re doing their phone is in their podgy little hand with the camera rolling. It’s OK because everything should be shared these days, right? EVERYTHING. 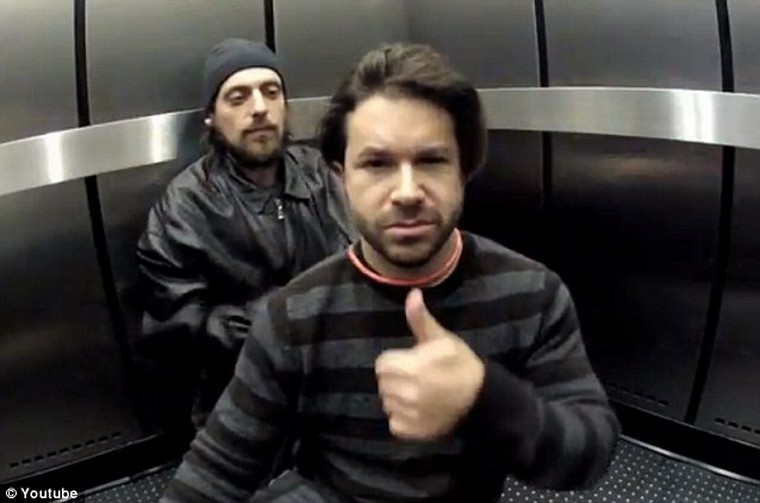 Anyway, you should watch it because it’s entertaining, and we all need a little entertainment on a Tuesday. The video was made to promote upcoming gangster movie Dead Man Down, starring Colin Farrell.

Related Items:dead man down, Elevator, elevator prank, prank, RC-SEPT, VIDEO, would you jump in to stop a murder?, YOUTUBE