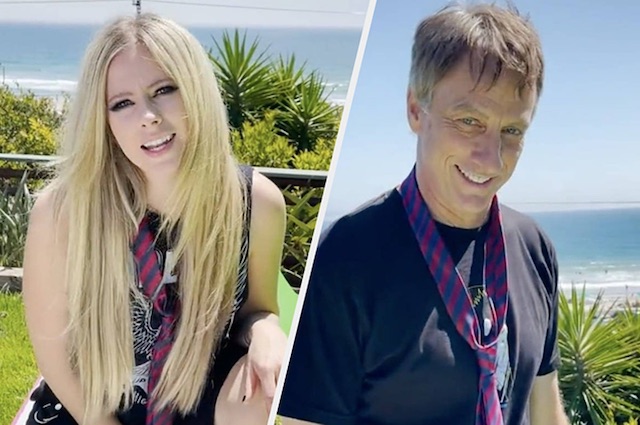 Avril Lavigne and ‘Sk8r Boi’ are pretty much synonymous with the early 00s pop punk mainstream crossover era, so it’s great to see her creating her first ever TikTok as a massive throwback to that period of her life.

Avril is seen dressed in her signature black t-shirt with a striped necktie lip syncing to the classic song in a half pipe before the camera zooms in on her tie and then zooms out to reveal that she’s hanging out with none other than the original skater boi himself Tony Hawk, who proceeds to pop out a few tricks on a mini ramp. That doesn’t sound that good when I write it down, but when you watch it it really does make you smile and you’ll probably watch it more than once:

That’s just so fun isn’t it? I guess this is the reason that people join TikTok, as I’ve often questioned why people are so obsessed with the platform when it very rarely seems to offer anything in the form of useful content. This stuff is top tier though and naturally already has around 3 millions views despite only debuting about ten hours ago. C U l8r boi.

For more of the same, check out when Avril Lavigne hosted the most awkward meet and greet of all time. Awful.