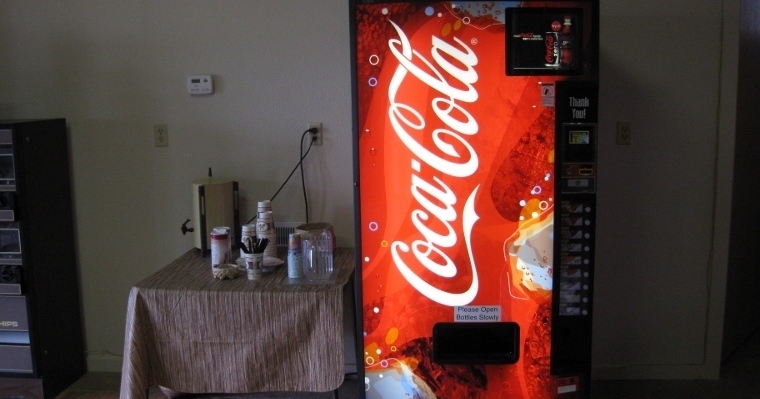 Coke have recently added another element to their franchise in their attempt to take over the world. Check it.

Why is Coke so fucked-up? Can anyone tell me? I’m not on about the sniff, I’m on about the drink, you goon. Everyone knows that kind of coke is fucked-up (in a good way) but no-one really knows, or even thinks about how weird the liquid Coke is. Everyone just gets on with things and subconsciously ignores the perils that Coke threatens our society with. Their little red caps, gleaming in shops fridges, enticing us in, is enough for the toughest of blokes to go and find a cliff. And I’m not even gonna mention the acidic little bubbles hiding under the smooth plastic, just waiting to eat away at your insides. Bastards.

We tried to warn you about the hidden weirdness of Coke with our post on the most weird flavours they’ve brought out. Hopefully, some of you got our message but for those of you who didn’t, here’s pictures of a Coke robot that can walk around, look at you and even hold your hand. It’ll hunt you down in your sleep. Watch your back, motherfucker. 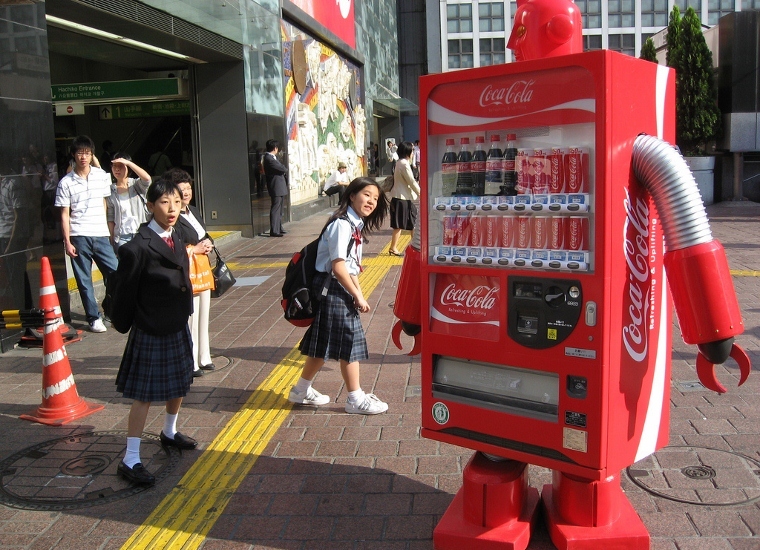 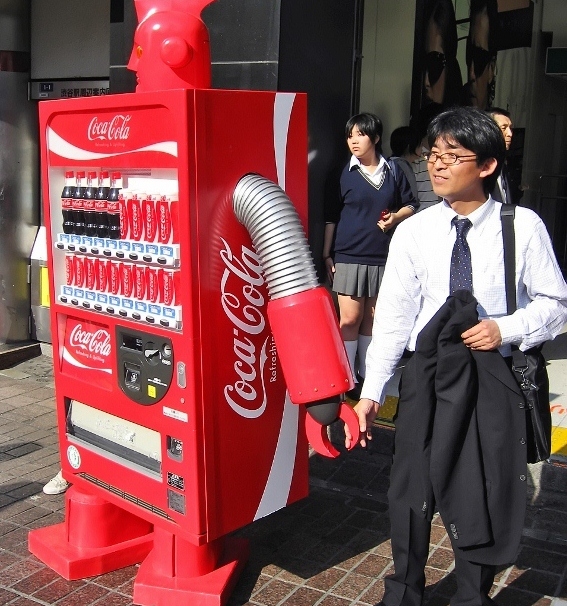 Coke robot has no sexual preference.

If all of that didn’t make you cry then perhaps this will. Coke has just added another element to its weird franchise – a ‘Hug Me’ Coke vending machine. It does what it says on the tin/plastic/aluminium/whatever. You hug it, it gives you a free can of Coke. While you may be thinking now ‘that doesn’t sound too bad’, are you sure about that? Would you want to be seen hugging a fvcking vending machine in the middle of town? If you’re tripping I suppose it would be alright but if you’re sober then to be honest, it’s kind of weird if you’re that cheap to buy a shitty little can.

The machine is in the National University of Singapore and this is what Coke have to say about it:

‘Happiness is contagious. The Coca-Cola Hug Machine is a simple idea to spread some happiness.’

I’d rather shag a prostitute with a cunt as wide as a bowling alley, covered in scabs, rather than hug a fvcking machine. It sort of makes me think how long it is until Coke brings out a machine that has feelings and won’t give you something to drink until you do what it wants. Scary. And for that, I fvcking hate you, Coca-Cola.

Here’s a video of those students hugging the machine. I’m hoping their smiles belie their sadness.