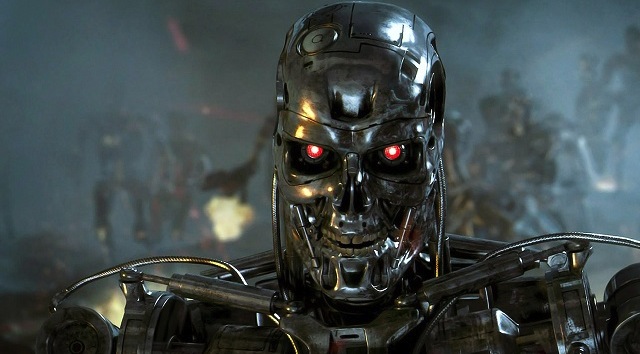 Let’s take a wry look at autonomous killer robots – a Terminator and Robocop future of Taranis drones over Hackney Tesco.

The world of Terminator is coming. That’s what all the scaremongers and stoners say if you mention autonomous robots. They’ve been spewing that paranoid Luddite bullshit for years – well, since Arnie first thought it was a “nice night for a walk” anyway. But what if someone credible says it? Someone with insider knowledge of the military industrial complex perhaps? Someone like the head of the RAF- because that’s exactly what’s happened.

Speaking at the DSEI defence exhibition at ExCel in London recently, Chief Air Marshall Sir Andrew Pulford said “The Terminator 2 type world where machines can make decisions for themselves… that is undoubtedly coming.” So thanks to Sir Andrew it’s now it’s officially ok to be fucking terrified.

Right now the UK’s two major autonomous-ish weapons are Phalanx – a radar-driven ship defence with an auto-targeting system that decides whether or not to twat missiles and drones out of the air with a 4500 round per minute Gatling gun – and Taranis which looks like a cross between stealth tech and Flight Of The Navigator but is apparently “a jet-propelled combat drone prototype that can search for, identify and locate enemies autonomously, and can defend itself against enemy aircraft without human intervention”. Note that last bit “without human intervention”, that means that without what they call HITL (Humans In The Loop) these things can decide that they don’t like you. And if Taranis doesn’t like you Taranis can make you deepthroat a Hellfire missile. 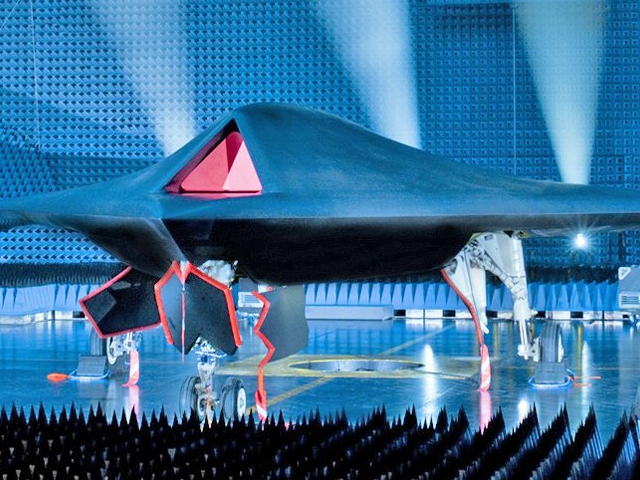 We’re assured by the MOD that they have “no intention of developing any weapons systems that are used without human involvement”, but just because we’re being all decent and civilised, thrashing out policy over a pot of tea and a bakewell tart it doesn’t mean that other global players are resisting activities that just aren’t cricket.

When I think of Samsung I think of smartphones and tellies rather than killer robots, but check out this promo for the SGR-A1, a South Korean sentry robot that’s facing off against Kim Jong-Un’s North across the DMZ. The Koreans say their A1s currently need human authorisation to fire, but note they also have a sly old “fully autonomous mode” up their sleeve. One flip of a switch is all it takes to turn a mild-mannered remote-controlled sentry into a gyrating soulless death pipe whose only worldly desire is to stimulate the body count by vomiting hot lead at you until you’re all pink mist and fingernails. The video looks like something Dick Jones could introduce in Robocop and it’s got some proper finger-pointin’ car salesman lines in it:

“Guarantees protection from ANY invasion”. Really? Any? Well I guess they figure they won’t get too many deposed generals angrily waving their receipts when they’ve had their asses handed to them by a squad of  larey T-800s that crossed the demiltarised zone disguised as a hen do. Ha! An inflatable cock! Oh wait no it’s a phased plasma rifle.

Even as the chances of humanity surviving the imminent robopocalypse dwindle away to nothing a part of me thinks these monstrosities are amazing. I’ve got a raging tech boner! I mean if they’re setting out to spaff as much money up the wall as possible to make high-tech death machines bereft of conscience but a short leap of A.I. away from being a viable solution to the queues at Hackney Central Tesco, then you’ve gotta admit they’re killing it. And soon, us.