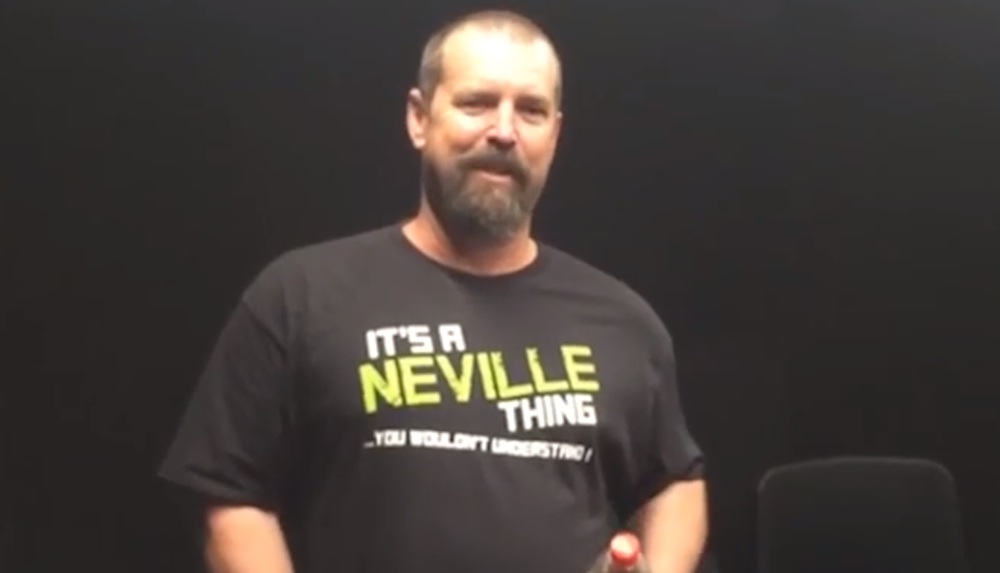 I dare say that a few people reading this will take an almost perverse pleasure in how loud and stinky they can make their burps and farts, but whatever they may have achieved in the past I can guarantee that it’s nothing compared to Neville Sharp’s work.

Neville resides in the town of Humpty Doo in the Northern Territories of Australia, and it doesn’t sound like there’s much to do there except sit around drinking, burping and farting. As such, he’s dedicated the last couple of years of his life to trying to make his burp the loudest in the world. He says that after sufficient testing, he now prepares for them by either drinking an ice cold glass of water or a can of Coke. I guess that would do it for you.

The previous world record was held by an Englishman named Paul Hunn, who managed to get his burp to measure an impressive 109.9 decibels. Neville blows him out of the water with his effort in this video though, measuring an impressive 110.6. Check it out, but maybe turn your speakers down because that’s actually louder than a rock concert or a motorbike.

Geez. I’ve never heard anything like that at all. I suppose if you’ve got a ‘talent’ like that you may as well develop it. I mean you gotta do something with your time right?

Unfortunately for Neville though, his effort won’t officially be entered into the Guinness Book Of Records just yet as he needs to have it formally tested, but I’m sure that won’t be too much of a problem for him with the ease he managed to blow that one. Fair play.