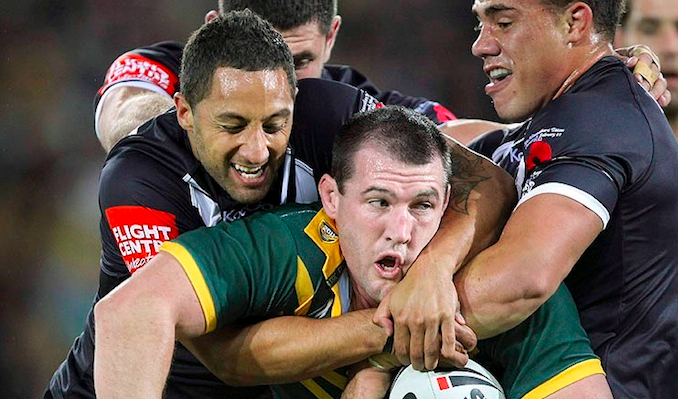 Referee + GoPro Cam = a revolutionary way of watching sports. Check out the combination trialled during an Aussie rugby match.

How sick would this be in football? A GoPro camera attached to the referee, allowing you to see things from his point of view in brilliant close-up HD.

â˜› More Rugby: Ref Gets Knocked The Fuck Out

Rugby official Chris Pollock had a GoPro hooked up to his headgear ahead of calling a match in Australia. He called the game as he would any other game, only this time the fans could see things exactly as he did. It could come in handy whenever a dispute flares up on the pitch, and could also provide some cool replay footage from the ref’s POV. Not to mention it could be used as a training tool for up and coming refs.

Imagine the ref who messed up the game between Manchester United and Real Madrid the other day was wearing one of these. Okay, it wouldn’t have made a difference to the shambolic red card he showed Nani, but we would’ve seen for ourselves how the incident appeared from his perspective on the pitch. We also would’ve heard the verbal onslaught he received from Rio and friends during and after the game, as the audio quality is also very good. It’s as close to the action as the viewer will get without actually being on the pitch.

Banned Ref Pulls A Fast One

It would make for an interesting experiment, but could also revolutionize the way we watch sports on TV. What do you think? Check out the video below: