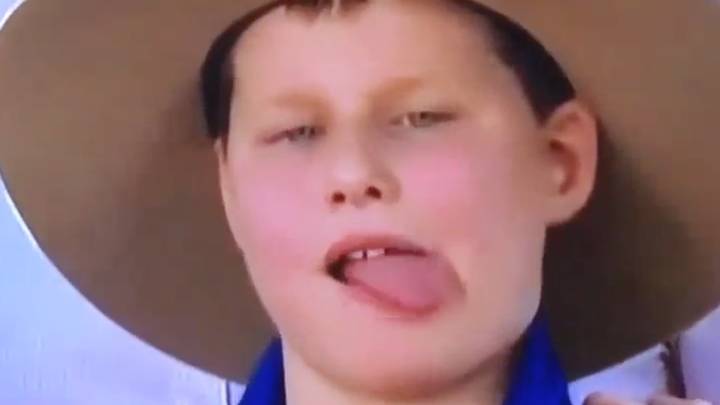 When you’re a young lad being interviewed live on the news alongside your family all wearing their best hats, it can be a pretty nerve-wracking experience.

So just imagine how hard you’d be sweating it if on top of that, two flies just happen to land on your face while the cameras are rolling and threaten to ruin your big TV moment altogether.

No to worry – because this young man had a plan:

Does it get more Aussie than that? Two flies land on his face and start going to town on him at the worst possible moment and he just vanquished them both by catching them with his tongue and gulping them down into his stomach acid. Well played. Wonder if he learnt that from Yoshi in Super Mario?

Can he lick his own forehead with his tongue though? Doubt it, but this legend can.