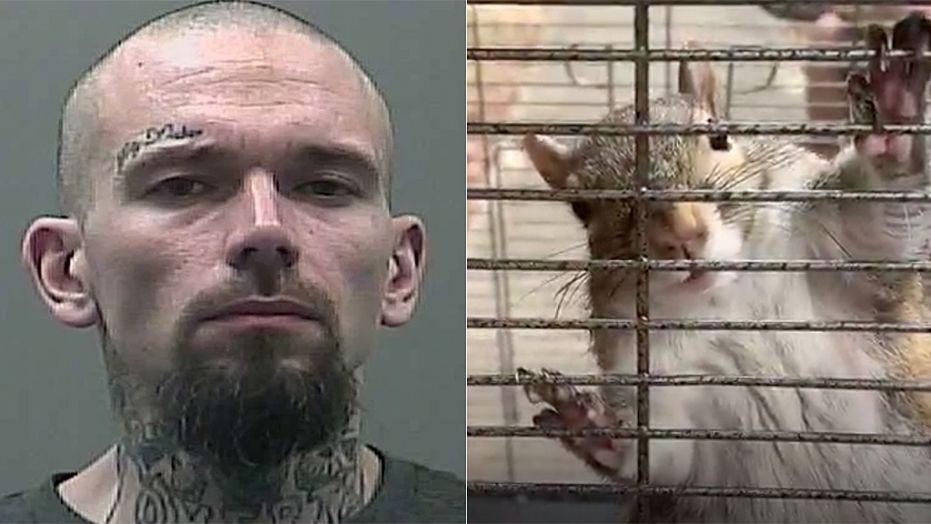 Better than a guard dog.

An Alabama man arrested for drug possession allegedly fed meth to an ‘attack squirrel’ he kept in a cage in order to keep it aggressive.

Police arrested 37-year-old Ronnie Reynolds on drug charges and also seized the squirrel when they served a search warrant on his home in Limestone County. They also retrieved meth, drug paraphernalia, ammunition and body armour from his apartment.

Animal control officials are now trying to figure out what to do with the squirrel. Ronnie’s buddy Mickey Paulk, 35, is also being sought by police amid claims he would feed it meth too.

Here’s a video the Limestone County Sheriff’s Office shared showing the animal bouncing off the sides of its cage:

As screwed up as this is, you have to admit it would be pretty cool to see a methed up attack squirrel in action. Imagine how utterly rabid and ruthless that thing would be. It’s just a relief that this meth-head kept an attack squirrel and not an attack pitbull or cat.

The question now is what to do with the squirrel. Do you release it back into the wild? Do you send it to rehab? I reckon they should give it one last hit of meth and then stick it in a room with Ronnie for 5 minutes. Don’t even bother sending the guy to prison, just let the squirrel take its revenge on him and call it a day.

To watch a squirrel have sex with a man’s GoPro camera after mistaking it for a female squirrel, click HERE. No meth necessary.