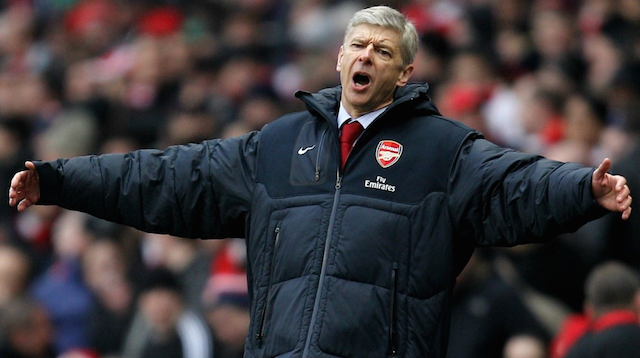 This is unbelievably stupid.

If you know anything about football and Arsene Wenger and Arsenal, then you’ll probably know that he’s had a lot of trouble with zippers and jackets over the years. He’s often seen on the sidelines messing around with his zipper on his huge puffer jacket trying to undo it so he can take it off, normally when Arsenal have just conceded a goal.

This summer, Puma took over from Nike as Arsenal’s main sponsor – effectively ending the club’s 20 year association with Nike – and they immediately took to trying to solve Wenger’s problems with his zipper by designing him a new jacket. You can see the results below and the jacket is definitely way better and cooler looking than that stupid massive puffer jacket he used to wear.

We’ll have to wait and see him on the touch line to see if the zipper actually finally works for him though. Here’s hoping it does, because he’s been having trouble with it for years and deserves a break.