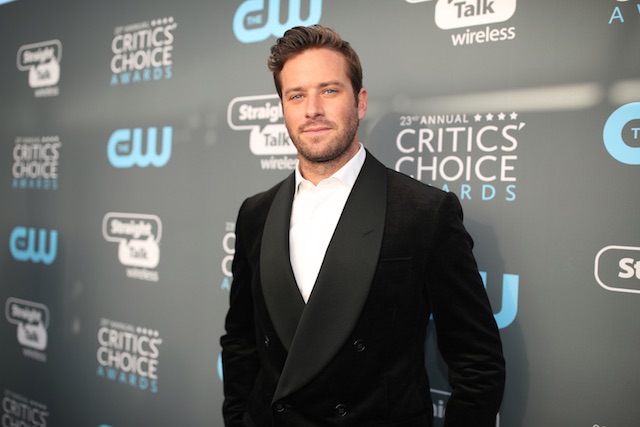 It’s not looking good for the guy.

Armie Hammer has been in the news a lot over the past few weeks after his DMs were leaked onto the internet and showed that he was into some really weird and depraved shit and also heavily indicating that he was probably a groomer and an abuser as well.

When stuff like this happens, people tend to distance themselves from the accused as soon as possible, but it’s only after a couple of weeks and multiple different women coming out and saying stuff about Hammer that his publicist and agency William Morris Endeavour have both decided to announce they they’re dropping him immediately. This has also led to people speculating that because it’s happening now, it probably means that an even worse story is going to drop in the coming days and they’re just getting out ahead of time.

Uh oh. I think we can all agree that this isn’t good news for Hammer, but can you even imagine the story that’s coming out that’s worse than all this freaky stuff about eating people and torturing them? Guess we’ll just have to wait and see – it’s probably not going to be too long.

For more of the same, check out everything that’s been said about Armie Hammer over the last couple of weeks. It’s not exactly light reading.