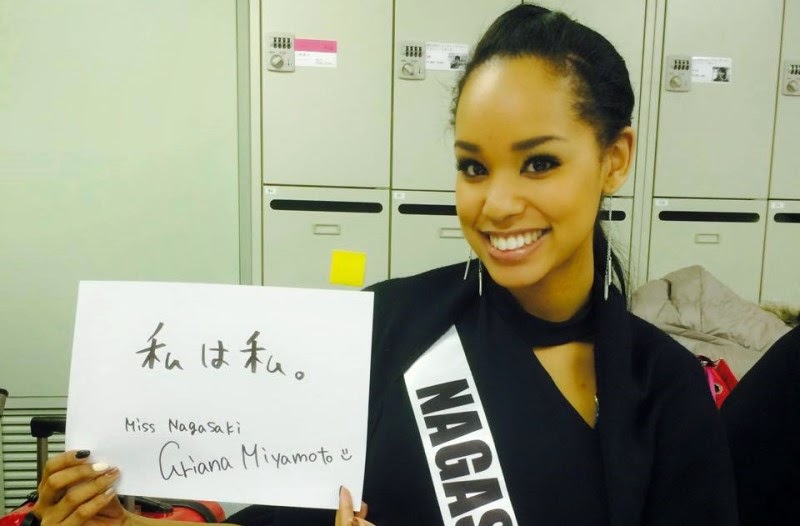 People can be so mean.

Ariana Miyamoto, Japan’s newest Miss Universe contestant, is getting grief because despite being raised in Nagasaki, Japan, she apparently isn’t Japanese enough to represent the country because her dad is black.

The Japanese refer to her as “haafu”, which sounds a quirky word to describe someone who is half-Japanese.

Some Tweets (translated by the Washington Post) from Japan read as follows:

Is it ok to choose a haafu to represent Japan? Sometimes the criteria which they use to select Miss Universe is a bit of a mystery

Even though she’s Miss Universe Japan, her face is foreign no matter how you look at it!

Well, they’re right about one thing – she doesn’t really look Japanese. She looks like a Filipino girl from Brixton who wandered on stage and picked up the ‘Nagasaki’ sash by mistake. But the fact is she’s Japanese and if Japan is serious about getting with the times (despite sneakily being one of the most racist countries on the planet) then they should start with being more accepting of their hot, half-Japanese miss Universe representative. 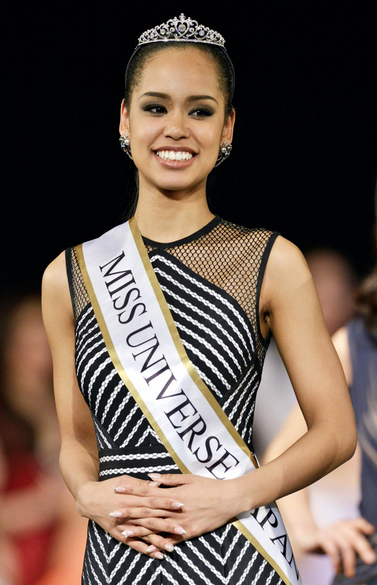