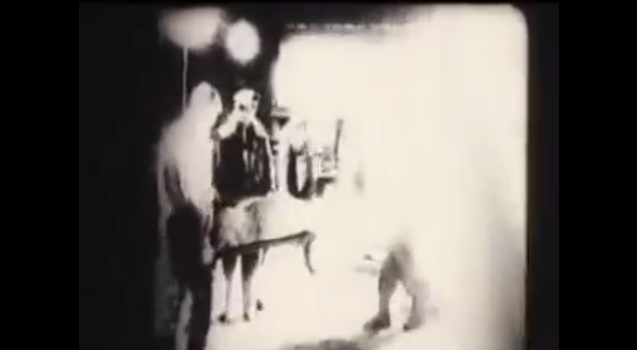 Experts claim this footage is 100% legit.

So at the end of last week we got definitive proof that ghosts exist, but what about aliens? New footage examined frame-by-frame by video experts in Australia seems to show the body of an alien being handled by American soldiers in the 1940s:

Australian magazine ‘UNCENSORED’ claims the footage is ‘authentic’, and naturally Area 51 conspiracy theorists have been lapping it up:

This not only shows the dead alien (maybe from the Roswell crash) itself, but also the hanger and the alien body being carried into the hanger from the military ambulance that delivered it. It has enough clues to accurately date the footage from the late 1940s.

Other UFO experts aren’t so sure though, like Nigel Watson (author of the UFO Investigations Manual). He helpfully provided his lengthy take on things:

There are several problems when dealing with new footage of such an important event in the annals of ufology that would have a shattering impact on our concept of our place in the universe.

The first is where did this come from and who filmed it? The Uncensored magazine says they rediscovered it but don’t go into details. We should also note that the infamous Roswell Alien Autopsy films released in the 1980s proved to be fakes or reenactments of footage that was lost.

Due to public pressure, internal investigations were launched by the US General Accounting Office to disclose the truth of the matter. Their first report, in 1995, confirmed that the wreckage was of a Project Mogul balloon. In 1997, their second report looked at the rumours and stories about recovered alien bodies.

This concluded that they were a combination of rumours, and half-forgotten memories of missions involving the recovery of injured pilots or anthropomorphic dummies used in experimental projects unconnected with UFOs.’ ‘In 2011, Roswell hit the headlines again when a book by journalist Annie Jacobsen — Area 51: An Uncensored History of America’s Top Secret Military Base — claimed that the aliens recovered from Roswell were actually genetically mutated 12-year-old children. They were sent by the Soviet Union to the USA in a remotely piloted aircraft to promote hysteria in the American population.

Several years earlier, a similar theory was put forward by Nick Redfern, who claimed that the Roswell crash was caused by a balloon based on Japanese technology. The balloon was used to launch a glider that had a pilot and crew consisting of handicapped people. The object of this and other missions was to study the effects of radiation and high altitude on the human body.

This new film adds yet another level of intrigue and mystery to the subject! Conspiracy theorists will no doubt claim this is part of the project to make us slowly become aware of, and accept, the aliens who have been visiting us since that crash in 1947.

Still undecided? Here are a bunch of new UFO files and photos released by the US Air Force last week.