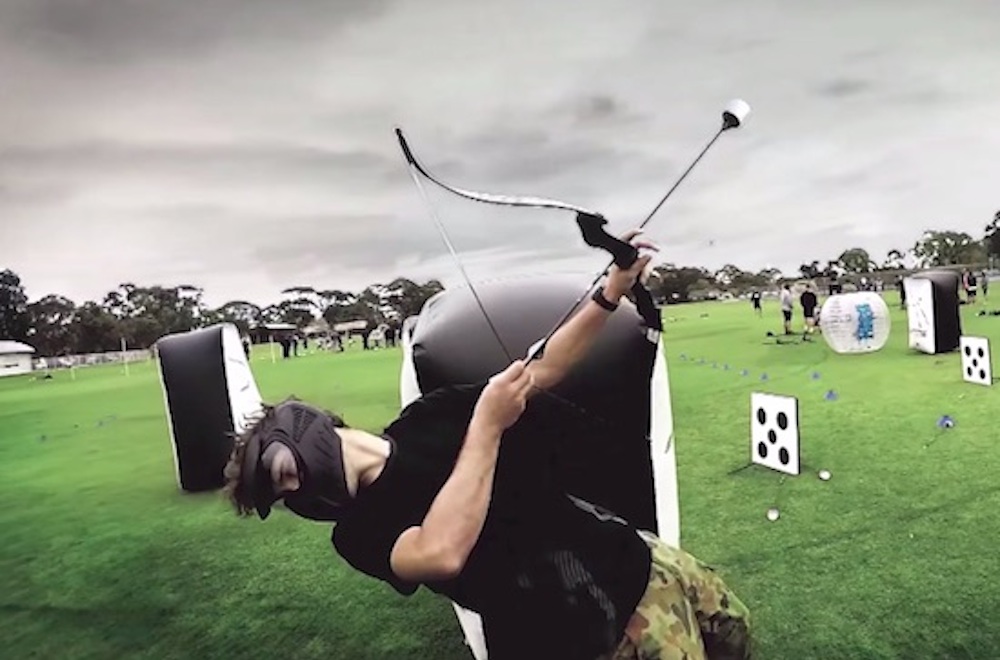 This looks like some of the most fun ever.

Archery tag is pretty much exactly what you would expect it to be – you and your buddies split up into teams of 6 and then shoot each other with foam tipped arrows in a last man standing kind of match up. So it’s pretty much like paintball or airsoft, only with the added skill level of archery – because we all know it’s way harder to shoot a bow and arrow than a gun.

The promo video below makes it look like some of the most fun ever as people duck and weave arrows whilst firing them back at their opponents. One of my favourite parts of the game is that the bows and arrows are placed in the middle of the arena at the start of the game and everyone has to run to the middle to grab them – the quicker you are, the more arrows you get.

It also looks cool that you have to grab used arrows once you’ve run out in order to keep going. This also means that it doesn’t cost an absolute bomb like when you go paint balling and spend all your money on paintballs, although this also probably means that archery tag isn’t as intense as paint balling as there isn’t that constant fear you’re going to get hurt or possibly even blinded because of it.

At the moment it looks like there’s only one arena to play in that’s full of inflatable obstacles, but hopefully it won’t be too long until you get paintball style arenas in woods and jungles, because that would probably make the game even better. This video is from Australia but there are a couple of archery tag centres over here in Guildford and Kent and I’m definitely thinking about trying to head to one for the next stag do or birthday party I have to organise.

You would just have to hope that you don’t come up against this guy in the opposing team, because then you really would have no chance.