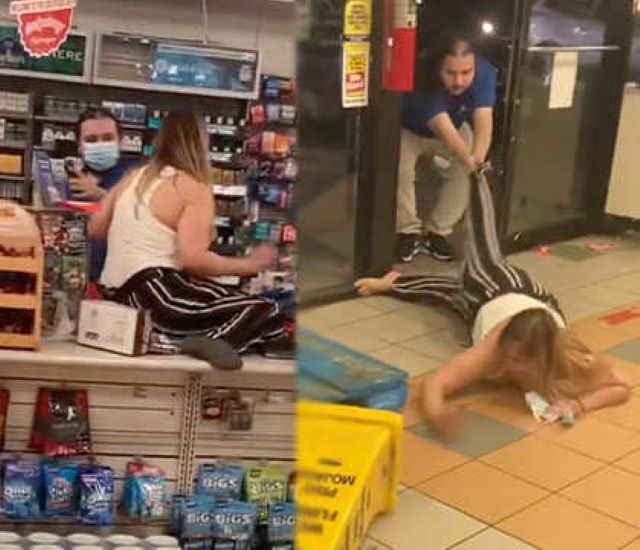 This pandemic is still bringing out the worst in people.

If someone is still an anti-masker at this point, there’s really no changing their minds in my view. Even still, rules are rules and when it comes to entering convenience stores and the like, the least they can do is mask up, right?

Well this woman over in the States certainly doesn’t think so, and threw maybe the biggest anti-masker meltdown shared on the internet thus far:

Wow. There’s really no way that guy gets paid enough to deal with that nonsense. Trashing the place, assaulting him, telling him she hopes his grandma gets raped (!) and then tries to steal a drink on top of it. This pandemic really has brought out the worst in these nut jobs.

Fair play to him anyway for doing what he could to deescalate the situation, but when that clearly wasn’t working he just had to grab her by the foot and literally drag her out the store like a toddler in the middle of a tantrum. Somehow I think this lady has a lot more issues she’s got to work through in life than being asked to wear a mask indoors during a pandemic. Hope she works through them!

For the anti-masker who pulled his dick out and went on a homophobic rant after being asked to wear a mask, click HERE. Bit weird.