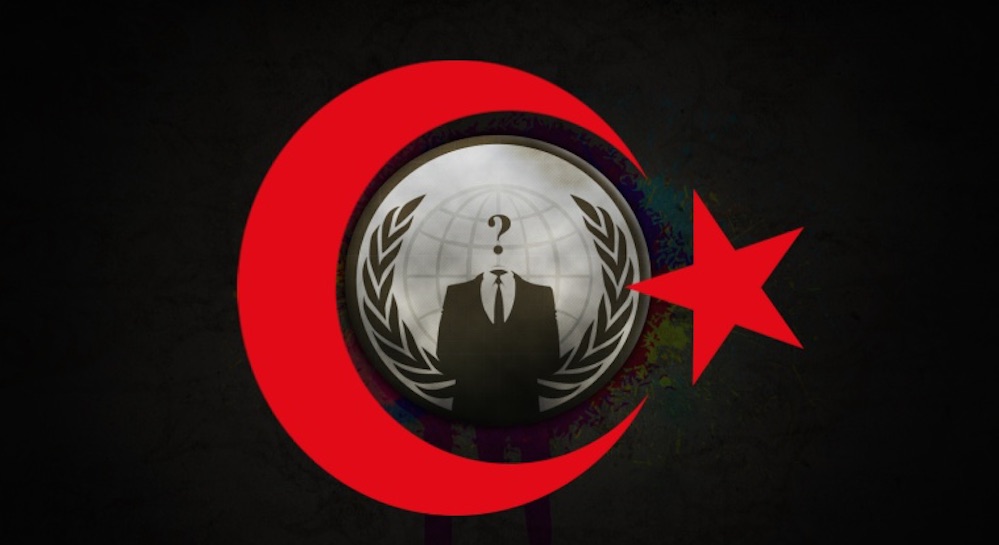 They’ve shut down over 400,000 of their sites in the worst ever cyberattack on the country.

Following Anonymous’ declaration of war against ISIS after the Paris terror attacks, they’ve now stepped up the fight and targeted Turkey. They’re accusing the country of being in league with the terror group.

Although this is a claim that the Turkish government have repeatedly denied, Anonymous are taking responsibility for cyberattacks on Turkish websites over the Christmas period that left 400,000 of them offline. Turkish servers were bombarded with DDOS attacks – where hackers attempt to crash sites by bombarding them with traffic until they go offline – in what many have said are the worst ever cyberattacks on the country.

Apparently the government was eventually forced to cut all foreign traffic to .tr websites – Turkey’s domain name – in order to curtail the assaults. Anonymous also released this video warning them to stop helping ISIS. It also warns anyone else who is in cahoots with them of the consequences:

There isn’t any solid evidence that Turkey is helping ISIS, but their lack of effort over the issue has been noticeable, especially considering they share a border with Syria and are in close proximity to Iraq. They’ve failed to secure their border with Syria and extremists are constantly smuggling oil across it – these are issues that Turkey could definitely have put more effort into sorting out.

Consequently, they’re now getting attacked by Anonymous. You don’t want to get on the wrong side of them basically, just ask Sam Pepper.