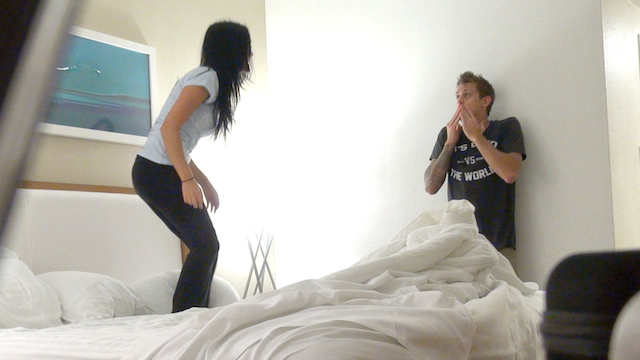 When being a prankster is your career, you’ve gotta make sure your girlfriend isn’t one step ahead of you.

What’s a great way to celebrate your five year anniversary with your girlfriend? How about by setting up a video camera to record her reaction when you tell her that you cheated on her three weeks ago with some broad in LA? Sounds pretty great right?

If you’re an idiot that is. But that’s exactly what YouTube sensation Roman Atwood (who has made a career out of uploading weekly prank videos to YouTube) decided to do. Fortunately, his girlfriend Britney is all too aware of his mischievous ways and she really gives him his comeuppance for being a douchebag in this video and he ends up looking like a complete and utter tool. Way to go moron.

Of course, there’s always the possibility (and probability) that Roman set this all up so he could get a million views on YouTube (which he’s already done in less than 24 hours) but I’d like to believe that it’s real. Probably naive of me though.