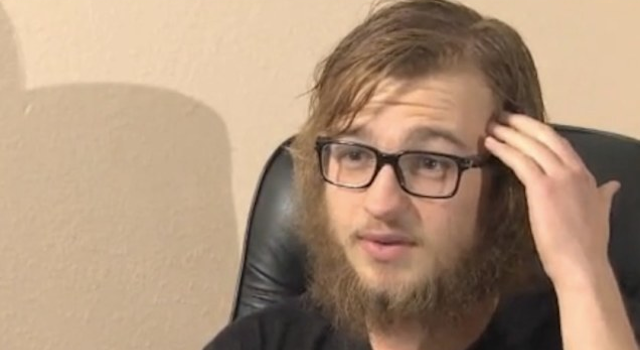 This is probably even more surprising than Charlie Sheen’s departure from the show.

You might remember a couple of years ago when everyone was talking about Two And A Half Men – not because it was good, or even slightly funny, but more because both Charlie Sheen and Angus Jones publicly ripped into it and were subsequently fired from it. Charlie Sheen was obviously a massive coke head, whereas Angus Jones rather surprisingly said he was super religious now and ridiculed the show for being disposable crap.

As such his contract wasn’t renewed – hopefully this means Two And A Half Men is cancelled but considering it’s somehow still the most popular show in America (what!??) they’ll probably just get Jaden Smith or someone in to replace him and it will unfortunately keep going. Forever.

But what of Angus Jones? I’m sure most people expected him to have a nervous breakdown and be in rehab by now, but it turns out he’s fully embraced his new life as a religious preacher, growing a beard and travelling around the country talking at various churches about the meaning of life and all that bullshit. To be fair though this could probably fall under the bracket of having a nervous breakdown.

Angus isn’t considering doing any acting any time in the future except perhaps some small productions based on Bible stories. Of course. Still, when you were earning $300K an episode he probably can choose what he wants to do for the rest of his life.

Here’s a video of him hanging out in Houston talking about his new life: