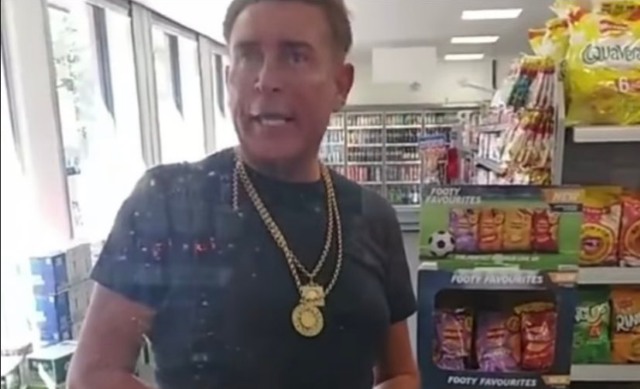 This man has become an instant internet legend.

Everyone knows the Liverpudlian accent is one of the most f*cked up and hilarious accents on the planet. Well one man with such an accent has become an instant internet legend this week after being accused of shoplifting a bottle of vodka and going into meltdown in a Liverpool supermarket.

I mean just listen to this…

Amazing. I genuinely don’t think I’ve ever come across anyone so Scouse in my life. Here’s a helpful translation I copy & pasted from Reddit…

Man – “Ooh, you hard-faced fucking cow! Who do you think you are, eh?”

Man – “Here you, you know what I always say? Times are hard, friends are few, ta ra to fucking you!”

I can really see that catchphrase at the end there catching on and setting the world on fire. It’s like something The Rock would have come up with in WWE if he was a Scouser. Looks like the man in the video – who I think is called Scotty Road – is already taking full advantage of his newfound online fame:

Cilla would be proud. I mean this guy is just perfect to chuck into a reality TV show like Big Brother or something, isn’t he? I’ve got a sneaky feeling we’ll be seeing a lot more of Scotty Road in the future.

I’ve NEVER seen a black guy with this accent before 🤣🤣🤣🤣🤣 pic.twitter.com/IF47GPUmVp

If you’d like to listen to a Scouse dude prank call a prostitute (why wouldn’t you), click HERE.