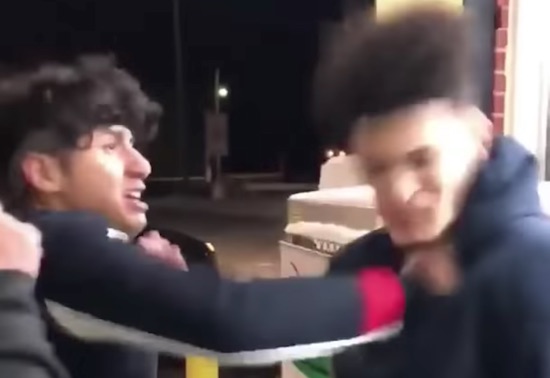 Nothing like being confronted by your ex-girlfriend’s dad, her current boyfriend and a whole bunch of their friends to help you see the error of your ways.

The story goes that this young man kept harassing his ex and had recently called her a ‘slut’, leading to this altercation when the girl’s dad and boyfriend tracked him down at a petrol station:

Attempted kidnapping and assault? Angry Mexican dads don’t mess about. Then again it’s pretty easy to act tough when you outnumber someone like 8 to 1. And how about his daughter’s boyfriend picking up some easy brownie points with her old man? Poor guy never saw that sneaky one-two punch coming.

Shout out to the store clerk as well for just locking everyone out and enjoying the show. Not his problem I guess.

To watch a Romanian dad discipline his son with a roundhouse kick to the face, click HERE.