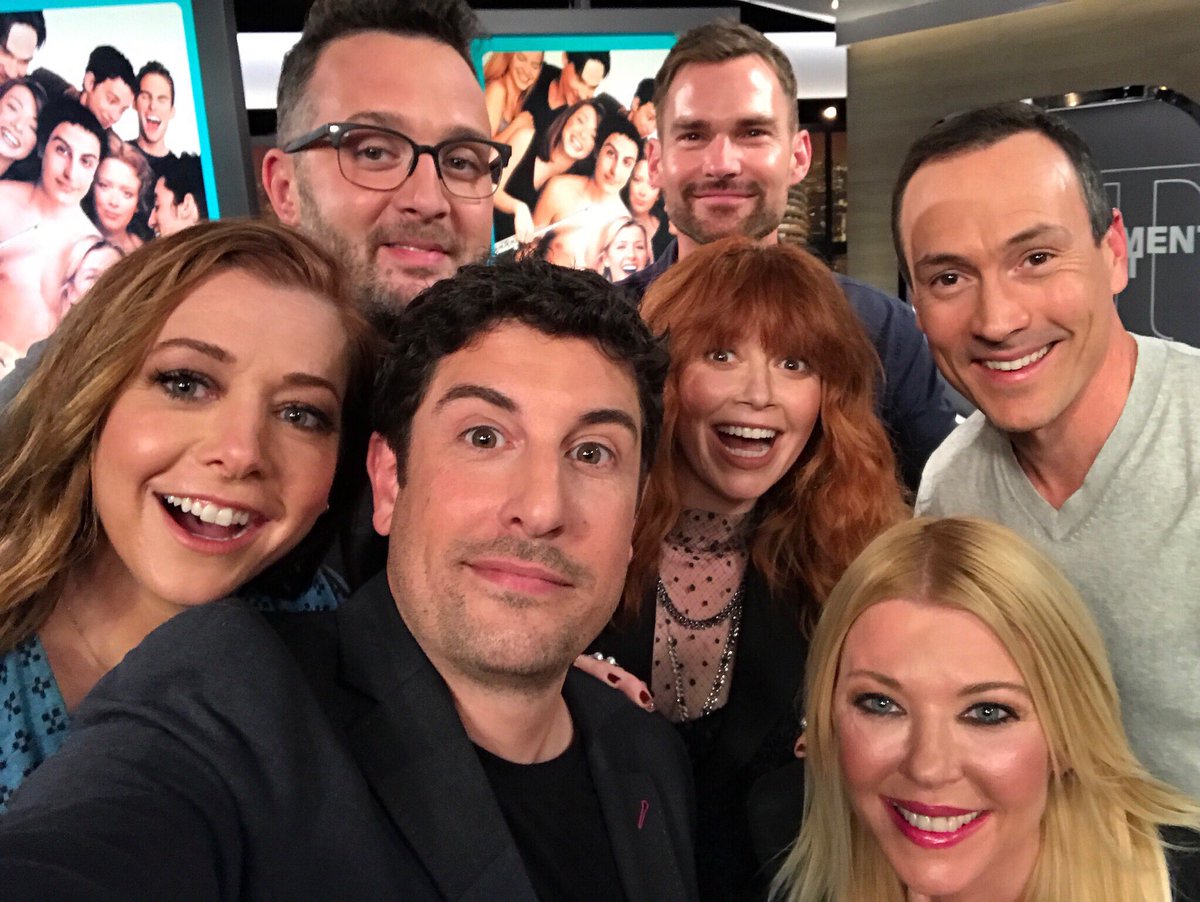 ‘Guys uh what exactly does third base feel like?’

Ready to feel old yet?

American Pie was released 20 years ago yesterday and despite the obvious connotations that a highly sexualised and arguably very misogynistic/chauvinistic movie like that can draw, it still remains much loved by the generation that grew up with it.  The fact that American Pie or American Pie 2 seems to always be on on ITV2 on a Friday night has also helped preserve the nation’s enjoyment of them as it’s one of the perfect movies to pre drink with your friends and watch, especially to just make fun of how everyone dressed back in the late 90s. Yeah, we all did it too it’s fine.

Anyway, it seemed appropriate that the cast all met up for a selfie to celebrate the movie’s 20th anniversary and this was captured by arguably the biggest star to come out of it Alyson Hannigan. She may have played Michelle in American Pie but she was obviously Willow in Buffy The Vampire Slayer and also starred in How I Met Your Mother of you didn’t know.

OK so not everyone showed up – where the hell are Kevin and Mena Suvari hey? – but I think you’ll agree that it’s not a bad effort for the gang to make time to see each other on this special day. Especially after they made a pact to all meet up every year at the end of the last movie. Would have been nice for Sherman to make an appearance too but I guess you can’t have it all.

The cast were appearing on Entertainment Tonight and were joined by some guy called Kevin Frazier for the special. They looked back on secrets from the set and talked about who the used to fancy, which sounds kind of fun if you’re channel surfing and looking for something to watch. The selfie is probably enough for me, I doubt I’ll be tuning in.

For more of the same, check out what Sherman looks like now. Actually kinda good looking surprisingly.