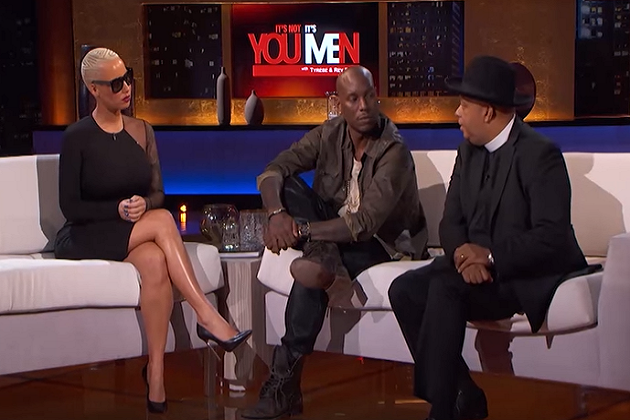 In 2016, the issue of consent, everyday sexism from guys towards women and just what a woman is wearing is unfortunately still a massive issue, so if you have any doubts about it then make sure you watch Amber Rose explain it perfectly in the following clip.

It’s taken from a new show on the Oprah Winfrey Network called ‘It’s Not Me, It’s Men’ (no ulterior motive there then) and it took place in a conversation between Tyrese Gibson, Rev. Run and Amber Rose. It began when Tyrese Gibson naively compared the tendency of a man to want to grope a provocatively dressed woman with a man’s desire to want to go and play basketball with a guy wearing basketball gear. Because those two things are inherently similar, of course.

Wait, no they’re not and that’s a completely ridiculous thing to say, and Amber Rose proceeds to completely shut down Tyrese Gibson in the segment. She then hands Rev. Run his ass too:

Yeah, damn straight girl. And here I was thinking Amber Rose was just some idiot ex-girlfriend of Kanye West who got involved in ridiculous stories about putting her thumb up his ass. How wrong I was.

Seriously though, take a hint from this guys.