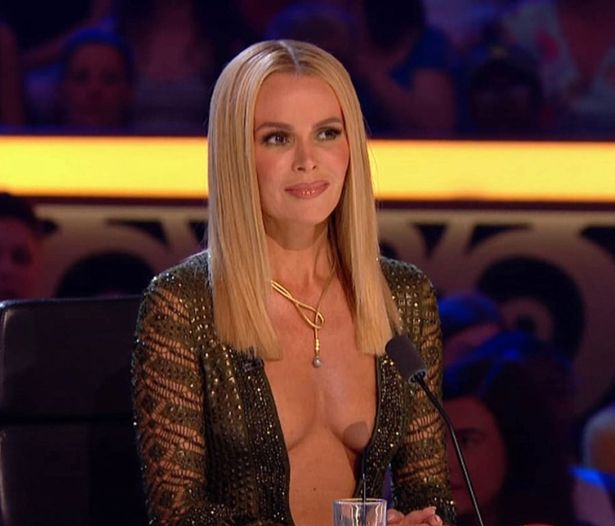 In a confession that might make it difficult for you to ever trust anyone again, Amanda Holden has finally admitted that she has her tits out on Britain’s Got Talent ON PURPOSE.

Amanda made the admission while speaking to MailOnline this week:

Even though I am really open and very much myself most of the time, it’s a fake circumstance when you’re sitting on a panel and judging.

I’m very aware of myself and what I should say next. Sometimes I pretend I’m not and I’m outrageous, and I’m like, ‘Oh I had no idea I was going to say that’, or my boob pops out, ‘I had no idea that was going to happen!’

You have circumstances where you know what you’re doing and the situation is always ongoing, so you are always aware.

What a revelation. How are we supposed to believe anything we see on TV ever again? Amanda Holden has just admitted that she flashes her boobs on Britain’s Got Talent intentionally and we’re just expected to carry on living in the world like everything is normal? You’re telling me celebrities flash their naughty bits just to make some headlines? What about doing it for the love of shitty talent shows? What about the integrity and sanctity of Britain’s Got Talent?

But wait… was it also intentional when her nipple fully slipped out back in 2013? That’s something she didn’t specifically address with her comments. Because if that was also done on purpose then respect to Amanda Holden because that takes real courage to pull off. Wearing a short dress or low cut top that shows a bit of cleavage? Not so much.