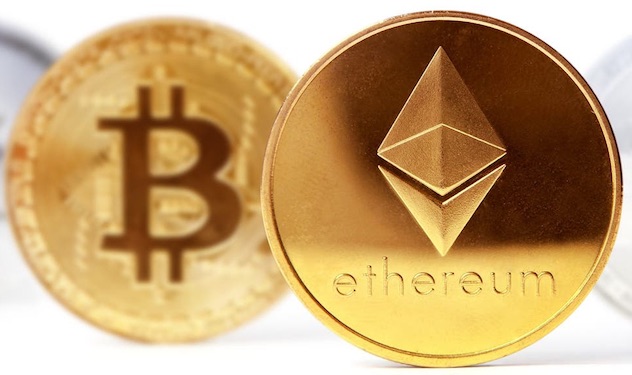 What should you invest in?

Following bitcoins` success, other digital cryptocurrencies have been launched hence the name Altcoins (Alternative to Bitcoin). Bitcoins` dramatic rise has dominated the cryptocurrency world market and has become the de facto standard for cryptocurrencies. However, analysts have adopted other approaches for analyzing tokens, buying bitcoin; there are more than 4,000 cryptocurrencies in existence as of January 2021. Here are some Altcoin trends to watch out for in 2021:

Litecoin was formed in 2011, and it uses peer-to-peer technology. As of April 2021, litecoin stands at $18.1 billion. It was among the first cryptocurrencies launched after bitcoin, and it has been often referred to as “silver to Bitcoin’s gold”. It was created by Charlie Lee, an MIT graduate who formerly worked as a Google engineer. It uses scrypt as a proof of work, and it is decentralized, meaning any central authority does not control it. Litecoin has a strong stand over its competitors; you should consider investing in it because of its high liquidity and large market.

Ethereum was first launched into the global market in 2015; as of April 2021, its market value stands at $263.4 billion. Its decentralized software that runs on Smart Contracts is run without fraud or interference by any third party. Ether is cryptographic that runs ethereum, it’s sort out by investors as it comes second after bitcoin. Although it stands out among other cryptocurrencies, it lags behind bitcoin with a significant margin. One of the big projects Ethereum has been associated with is the Microsoft partnership with ConsenSys, which offers “ethereum blockchain” as a service on Microsoft Azure. You can always check Nitrogen alternatives.

Binance coin was formed in 2017; as of April 2021, its market value stands at $87 billion. Binance operates as a payment method for the fees associated with trading on the Binance Exchange. This exchange-based token currency is used to pay for travel expenses, air tickets and virtual gifts. It is a global market-friendly platform to trade crypto; there is evidence of growth as it is one of the fastest-growing cryptocurrencies. The network uses a proof-of-stake consensus model.

Ripple is a coin attached to XRP; it was initially released in 2012 and later stabilized and launched back into the market in 2018. Its ideologies and concepts are not so similar to other cryptocurrencies. It is more associated with financial institutions than individuals, and it allows for banks to make direct transactions even across country borders. It provides financial-based settlement services to various banks.

Formed in the US in 2012 as ripple and later sold to XRP, a coinbase company that deals with cryptocurrency and is distributed as an open-source protocol. As of April 2021, its market value stands at $81.8 billion. Trading on this platform would be valuable as it allows direct bank transactions to buy crypto.

Cardano is an “Ouroboros proof-of-stake” cryptocurrency created by mathematicians, engineers and cryptography experts as a research-based approach. It was co-founded by Charles Hoskinson, one of the five initial founding members of Ethereum. As of April 2021, its market value stands at $ 44.7 billion. It has been thoroughly researched and well thought out in its formation. Cardano, as a blockchain, trades on peer-to-peer technology and has been noted to stand out from among other cryptocurrencies. It’s growing very fast in the global market and has nothing but good reviews.

Polkadot is a unique proof-of-stake cryptocurrency aimed at connecting permission and permissionless blockchains to work under one roof. As of April 2021, its market value stands at $39.3 billion; it is founded by Gavin Wood, another co-founder of Ethereum. Polkadot has shared security that differs from other cryptocurrencies as it allows it to develop and create its blockchain while also using the security that Polkadot’s chain already has.

Despite its name being closely related to the original crypto, bitcoin cash is not related to bitcoin. It’s an offshoot due to debates on how to resolve some pressing matters in the blockchain community, namely the spike in transaction volumes. This means Bitcoin cash cannot be used for transactions on the original bitcoin blockchain and vice versa. It was launched in 2017; as of January 2021, it has a market value of $8.9 billion.

Stellar is an open blockchain network designed to provide solutions for financial institutions by connecting them for large transactions. Before, huge transactions between banks and investment firms would take several days to process and multiple intermediaries before the transaction was complete. Currently, it is instantaneous with small costs and no intermediaries at all. Stellar was formed by Jed McCaleb, a former founder at ripple, and, as of April 2021, its market value stands at $14.9 billion. Stellar allows for cross border transactions between any currencies.

Tether was launched in 2014 as one of the first and most popular groups of the so-called stable coins. Tether aims to peg itself to a currency or an external reference point to avoid Volatility; most cryptocurrencies from time to time have experienced dramatic Volatility, including bitcoin. So as to attract more users who may be otherwise very cautious, these stable coins smooth out price fluctuations: for this reason, Tether is directly linked to the US Dollar. As of April 2021, the Market Value of Tether stands at $45.4 billion. If you are a careful investor, you may want to consider trading at this Altcoin platform.

Cryptocurrency is in its early stages of development; there’s still so much to learn, which is happening as time progresses. In recent times, most developed nations have begun investing in crypto, and the rest of the world is slowly following behind. Technology has enabled digital finance, and as technology develops daily, so do digital cash and the online global market. This post should help you, dear reader, learn more ways to buy, hold, and sell cryptocurrency either individually or as an institution. Bitcoin remains the leading crypto with a market value of $1.2 trillion as of April 2021. You can trade altcoins on the Bitcoin Pro platform.