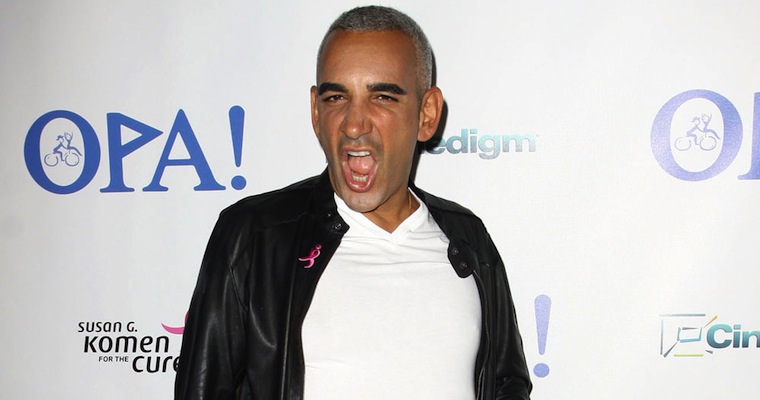 Do you know who Alki David is? He’s one rich mofo who is set to become even richer. He also enjoys farting into microphones on the red carpet.

You may or may not know who Alki David is, I didn’t have a clue until I watched this ridiculous video of him grabbing the microphone on the red carpet, pressing it against his ass and farting directly onto/into it. After a quick Google search I found out that Alki David is one rich mofo. Alki is the heir to the Coca-Cola shipping and bottling company, and also a media executive entrepreneur who owns a shed load of big ass T.V. companies. This guy’s got dough, basically.

So Alki’s on the red carpet with his hot wife and being interviewed by some reporter who’s asking him the usual boring blah de blah de kinda small talk questions that you might hear on the red carpet, when Alki obviously feels his ass is about to make movements and so decides that the best thing to do is grab the mic off the reporter, hold it next to his back passage and spray his fecal matter all over the sponge of the microphone before handing it back to the reporter. Totally gross. The video’s a couple of years old but we’ve never seen it before (we didn’t even know who this guy was until about an hour ago) so we thought it was worth a share.