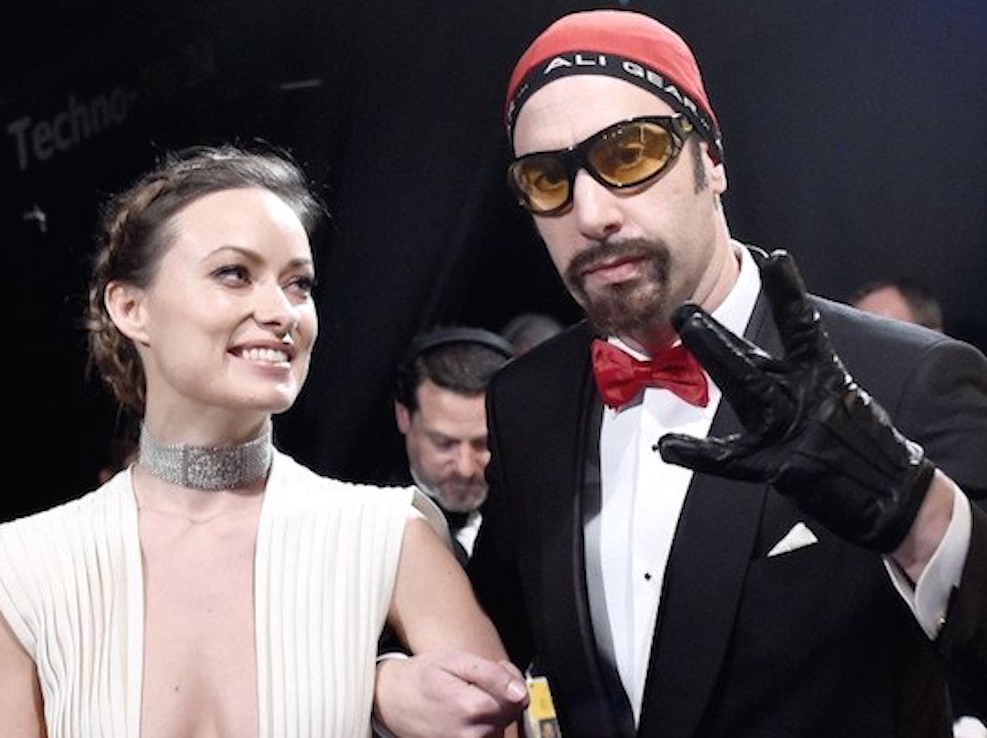 When Sacha Baron Cohen was approached to present an award at the Oscars on Sunday, the organisers specifically banned him from turning up as any of his alter egos as they definitely didn’t want any of the controversy that normally comes associated with him. Unfortunately for them though, Sacha doesn’t exactly like doing what he’s told, as he explains below:

The truth is we actually had to sneak it in.

The Oscars sat me down beforehand and said they didn’t want me to do anything out of order; they wanted me to actually just present it as myself.

But luckily my wife put on the Ali G beard in the disabled toilets (I faked having food poisoning for 40 minutes to get ready) and I managed to get away with it. What would I do without her?

Smooth. Unfortunately his jokes weren’t exactly 10/10 – the one about minions is OK I guess, but the others firmly fall somewhere between not quite laugh out loud funny and vaguely offensive – but fair play for him doing what he wants to be doing. Check out his speech below (sorry about the weird video, but it was the only one where I could find the full routine):

See? He can probably do better than that. Oh well, maybe next year.

In the meantime, check out his prank from the 2012 Oscar ceremony, which was probably a bit better than this one.