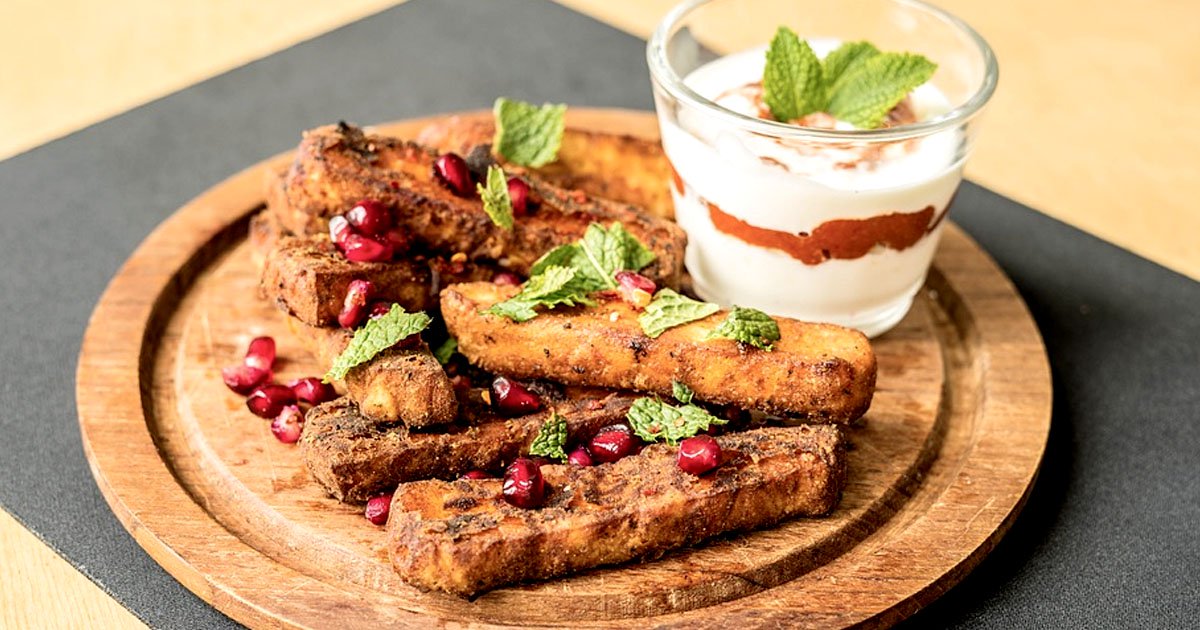 Aldi seems to consistently get better and better and with their latest new product it looks as if they’ve smashed it out of the ball park yet again.

Halloumi fries are a relatively new food invention – they’ve only been in Nando’s for a couple of months you know – but you can’t argue with the fact that they’re absolutely delicious and a more than welcome addition to the culinary world. The only thing about them though is that you can only really get a hold of them if you’re making them yourselves – tricky, but take a look at the how to guide below from our friends over at Cranble to get you started – or heading in to Nando’s yourself to order some –  unfortunately, both of those require at least some amount of effort that sometimes I just can’t be bothered to give.

Thankfully, Aldi have once again heard my prayers and decided to answer them by introducing these incredible looking halloumi fries that only cost £1.99. You gotta love those Aldi prices. Here’s what the official press release about it all said:

Inspired by a similar offering from popular Portuguese chicken eatery, Nando’s; Aldi’s Specially Selected Haloumi Fries are made with scrumptiously soft – and slightly salty – halloumi cheese from Cyprus and a lightly seasoned crispy coating making them the perfect side or snack for sharing.

I mean yeah, they look and sound completely awesome don’t they? The only catch is that they’re not going to be available until May 19th, but I suppose that’s just in time for the royal wedding and the bank holiday the week after. Perfect time to test them out.

For more halloumi, check out the original masters from Nando’s. Can’t beat them.