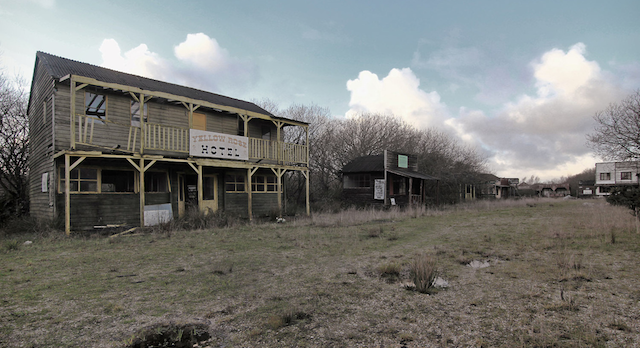 This place was open until 2009, until it was abandoned and left to rot.

For some reason, back in the 00s somebody thought it would be a good idea to open up a Wild West theme park in Cornwall. To be fair, this does sound like a great idea to me, but unfortunately nobody else agreed and it closed its doors in 2009. Instead of getting destroyed or repossessed or something though it just remained there, abandoned.

Recently an urban explorer who goes by the name of Urbex broke into it and took these creepy photos. It looks like it was a pretty cool place, although probably the fact that there weren’t any rides or anything really to do there except interact with weirdos who were dressed up as cowboys pretending to be from the Wild West probably contributed to its downfall. I mean who really wants to do that?