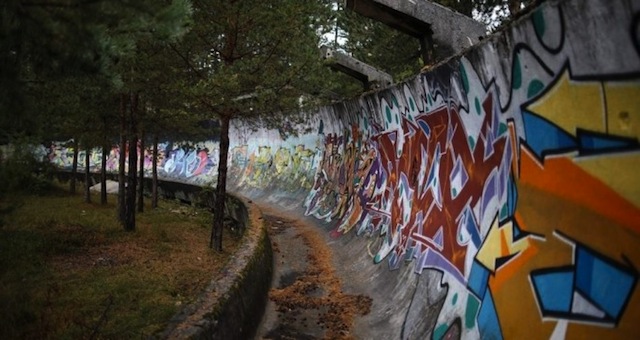 Sarajevo hosted the Winter Olympics in ’84 and then a full on war in ’92. So unsurprisingly the buildings are completely screwed…

Whilst we’re all reveling in the majesty and splendour of the Russian Winter Olympics in Sochi, I thought it might be nice to look at some ghosts of Olympics past.

Back in 1984, Bosnia’s capital Sarajevo had a crack at hosting the prestigious event. At the time Sarajevo was part of Yugoslavia and became the first communist country to hold the games, beating Japan and Sweden in the bidding war.

The buildings have all since been neglected and left to ruin, but Sarajevo kind of had bigger fish to fry for a while: a war. Sarajevo, as I’m sure most will know, became a war zone from 1992-95 as Yugoslavia was ripped apart. 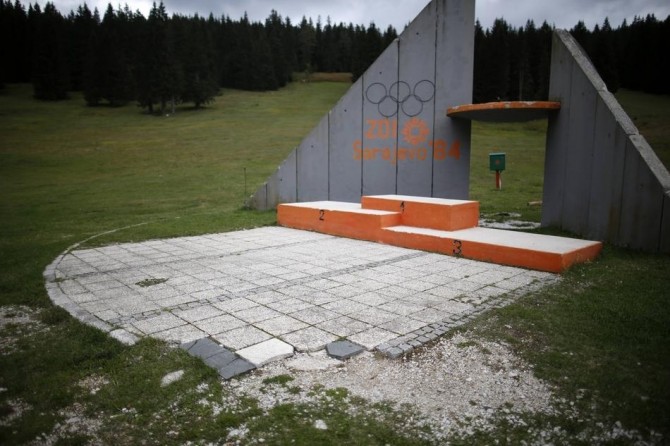 The siege of Sarajevo was the longest siege of any city, ever. After Bosnia and Herzegovina had declared independence from Yugoslavia, the Bosnian Serbs who wanted to create their own state, encircled Sarajevo. They moved 13,000 heavily armed troops into position and basically let rip.

The Bosnian Serbs sat up in the hills surrounding Sarajevo and blasted it with artillery, mortars, tanks, anti-aircraft guns, heavy machine-guns, multiple rocket launchers, rocket-launched aircraft bombs and sniper rifles. It was a horror story.

Here’s one of the hotels in the Olympic village now: 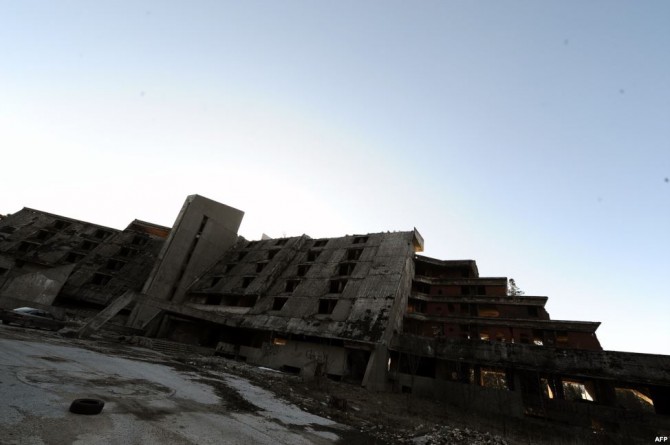 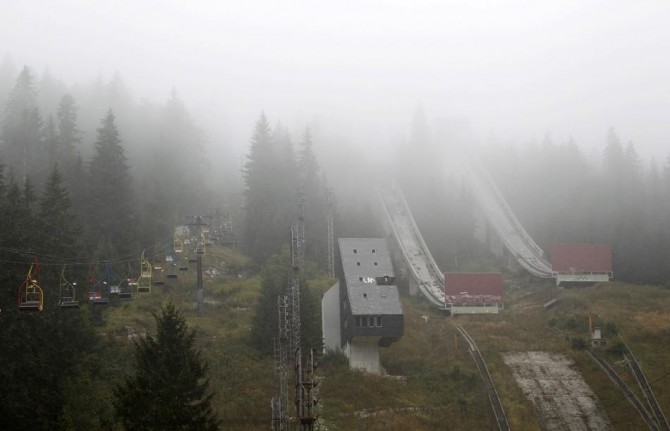 More than 10,000 people died in the siege which lasted almost four years. No one in the city was safe at any point. After the siege had ended a war tribunal was set up to bring to justice Serb officials for crimes against humanity. This is what the prosecution at the tribunal opened with:

“The siege of Sarajevo, as it came to be popularly known, was an episode of such notoriety in the conflict in the former Yugoslavia that one must go back to World War II to find a parallel in European history. Not since then had a professional army conducted a campaign of unrelenting violence against the inhabitants of a European city so as to reduce them to a state of medieval deprivation in which they were in constant fear of death. In the period covered in this Indictment, there was nowhere safe for a Sarajevan, not at home, at school, in a hospital, from deliberate attack”.

The Olympic remnants really were the least of their concern. More photos on next page…