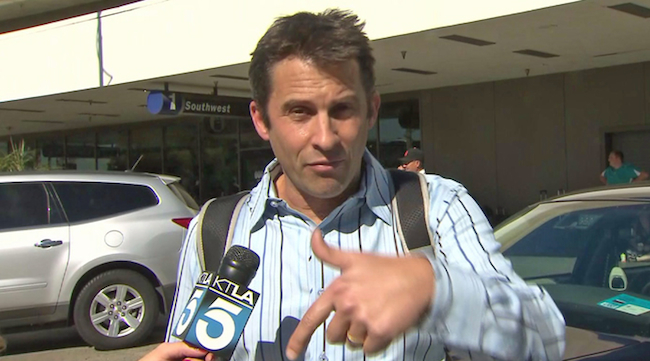 There was more than a hint of a similarity between an interviewee present at the scene of 9/11 and one at last week’s LAX shooting, leading to accusations of them being ‘media crisis actors.’

We didn’t cover it last week so there’s a chance you didn’t hear about it, but there was a shooting at LAX airport in which one TSA agent was killed and a half dozen people were left injured. The shootings were carried out by lone gunman Paul Ciancia, 23, who bombed into the airport with a semi automatic weapon on Friday morning but was fortunately able to be apprehended before he caused too much damage. It’s alleged that Ciancia was carrying it out as somewhat of a suicide mission to expose the failings of the TSA. Either way, he seemed like he was unstable and unhinged at the time of the shootings, according to reports from his close family and a long rambling message recovered from his person at the scene of the crime.

As with any incident such as this, the conspiracy theorists have been out saying that it was all staged by the government for some shadowy reason, probably to try and get a bill increasing airport security passed or something. They’ve pointed to the fact that the gunman’s name was CIAnCIA as evidence of this (weak) and also that LAX airport ran a training drill almost identical to the one used to deal with this only a couple of weeks ago (stronger). Still, this isn’t much to go on. 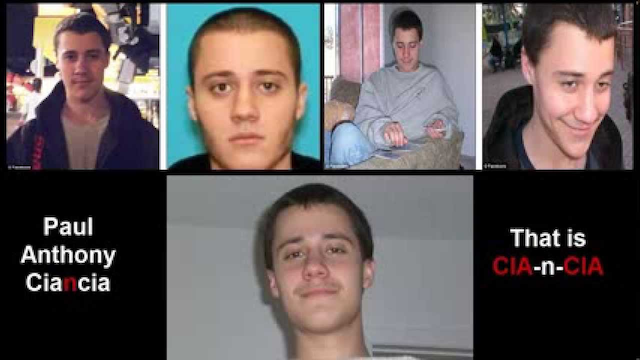 However, these two videos that someone has found do make the whole conspiracy theme seem a little more believable. As is the case with most major incidents, the media normally finds some civilian chump who was present at it and then decides to interview them to get an eyewitness account of what went down. Now, for some reason it looks as though this guy in the videos below was interviewed at both 9/11 and the LAX shootings, which must be one of the biggest coincidences of all time. Not only to be present at both of these events, but also to be picked to be interviewed by the media at both of them is a pretty tall order.

It’s also interesting that during 9/11 he was called Mark Walsh and at the LAX shootings his name was Nick Pugh. Obviously this is to pass off that they’re not the same person but if you watch the videos even I would admit there is a startling similarity between the two. Although the 9/11 one is slightly darker, it definitely seems like they could be the same person by the way they talk, mannerisms and the general look of the guy, although obviously this is open to interpretation.

However, even if this isn’t correct, the interview with Nick Pugh is worth analysing on its own because it’s particularly bizarre in the context of how meticulous and asshole-ish American cops can be. During it, Pugh claims that doesn’t have ID on him OR a plane ticket when he’s at LAX – which is pretty strange considering he’s alone at an airport and you would need both of those things to board a plane – and also claims that the police just let him go after arresting him despite the fact he had no ID or a plane ticket. You would surely think that someone like this would be the number one suspect in an attack like this, not just someone you would let go off after to go and talk to the media after searching them a few times?

Pugh also seems to completely nail the first part of his speech but when asked an off the cuff question by the anchor and forced to adlib seems a lot less convincing, which lends more credence to the idea that he might be an actor, although this could purely be down to nerves or something.

Still, I have no idea whether this is true or not, but I think it’s certainly worth drawing attention to. Most conspiracy theories I think are pretty gash, and this one will probably be disproved fairly quickly but something just doesn’t add up about it to me. What do you think’s going on with this? Is it a government conspiracy or is there a rational explanation for this? Or are all ‘eyewitness accounts’ on the news merely just stock actors and we’ve been duped all our lives?