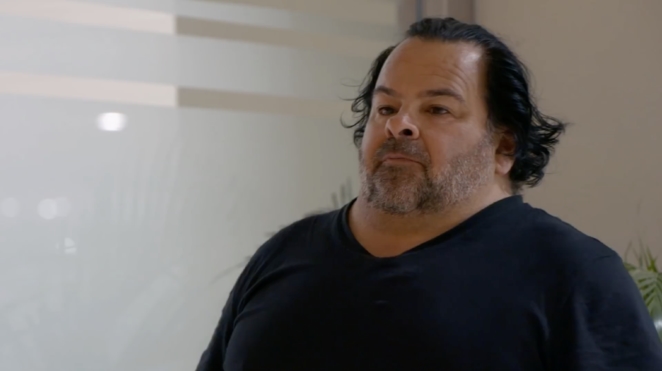 This is seriously disturbing on so many levels.

’90 Day Fiance’ is a really weird reality TV show where non-American women get a K-1 visa for 90 days so they can visit their ‘fiances’ (who they have never met) and decide whether to marry them before the 90 day period is up.

Well this 54-year-old guy named Ed was matched up with a 23-year-old Filipino girl named Rosemarie, and after Skyping a bunch of times, they decided to meet for the show. The result was pretty awkward and uncomfortable on multiple levels, to say the least:

Please tell me this guy has at least some inkling that this girl isn’t in love with him and is just here to either get her Visa or rinse his wallet or both. I mean anyone with eyes can tell that she’s clearly not comfortable in the slightest and is forcing herself into this situation, and he’s sitting there talking about how he believes in love again. Disaster waiting to happen!

Not only is the 31-year age gap a bit concerning, but Ed also has a daughter who’s older than Rosemarie and hadn’t dated a woman for 28 years… longer than Rosemarie has been alive. He also lied to her about being 5’2″ when really he’s 4’11”.

I’m sure there’s someone in Ed’s life who cares about him enough to let him know he’s being played like a fool, but maybe he doesn’t care? Just happy to live the illusion and pipe a 23-year-old Filipino girl for as long as it lasts. Fair play I suppose.

For more awkwardness, here’s a fun video of a girl confronting her friend for shagging her boyfriend. Oh dear.