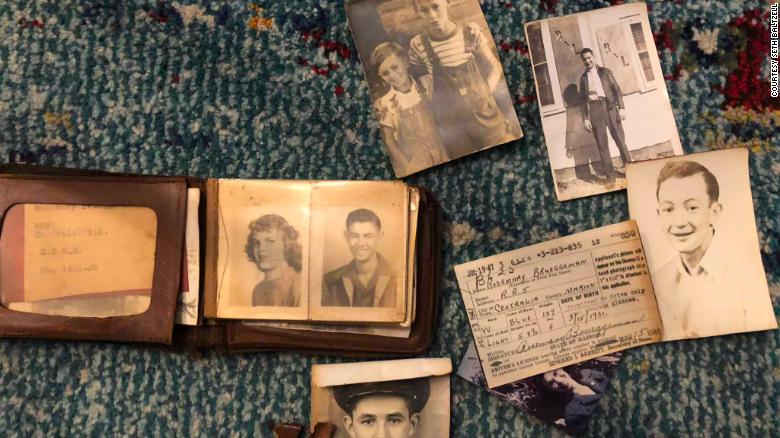 It’s always great to get an item that you’ve lost back – especially when it’s a wallet – but usually it takes a little less than 75 years.

An 89-year-old woman in Illinois must have been completely shocked to be reunited with a wallet that she had lost in high school in the mid-1940s.

The wallet was found by a plumber working on a project to convert the former Centralia High school in Centralia, Pennsylvania into a church. It was found among 15 other wallets, stashed in a wall in the girl’s bathroom.

That’s a weird stealing technique. But credit to the thief, it kind of worked? We wonder if they are even still alive? I guess we’ll never know. Pastor Seth Baltzell told CNN the following:

We’ve been working on this building for six months. I’ve been kind of waiting for that really cool thing that nobody’s seen in the last 75 or 100 years to pop out.

Betty Sissom – now 89 years old – was identified by school IDs left in the wallet. Those weren’t stolen for some reason.

The pastor posted photos of Betty’s ID on Facebook, in the hope of reuniting her with the wallet, and much to his surprise, KSDK-TV told him who she was and that she still lived in the area.

Unfortunately it had been stripped of its cash, but it did contain an extremely sentimental item to the owner: a photo of Betty Sissom’s brother during WWII, who has sadly now passed away. Betty said the following about the reunion:

I can’t imagine somebody stole all those wallets and put them behind the toilet in a space I didn’t even know was there.

I was just so glad to get that picture, because I don’t have any photographs of him.

That is pretty wicked to be fair.  Kinda crazy when something like this happens – makes you really believe that the world has a plan sometimes.

For more wallets, check out this guy returning the partial contents of a wallet with a brutally honest note inside. Ouch.