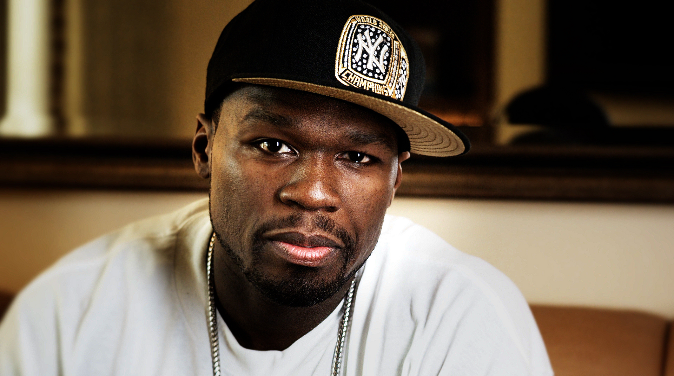 This is pretty jokes. I’m sure when you’re a famous person and you’re on Twitter you get a bunch of weirdoes tweeting really weird stuff at you, but I’m pretty sure that most celebrities don’t even bother to read all the crap that gets tweeted at them and most of them just probably ignore it. That is unless you’re 50 cent it seems.

Along with all the other junk tweets 50 Cent must get all the time, he also got this weird request from Twitter user called @sexslays who from her username and tweets sounds as though she’s a real classy girl. Here’s what she said to 50.

Wow. Pretty out there huh? Almost as out there as 50’s reply:

ok"@sexslays: @50cent pee into my mouth"

Yeah, I mean OK isn’t exactly that committal but it’s still pretty weird/funny that he bothered to reply to there at all, and probably even weirder/funnier that he bothered to reply to her and did something so basic and  non-committal. The symbol at the beginning is of a shocked face but it doesn’t show up on a laptop which is where this is ripped on.

In fairness it seems like 50 Cent was saying OK to a lot of people the other day, if these tweets are anything to go by:

Ok"@jubsandrad: @50cent It's a simple question, just… Marry me? #SMSAUDIO"

Ok"@becloveseminemx: @50cent you have the best smile I've ever fucking seen! Let me kiss you."

ok"@southsidebieber: @50cent can I get that BBC"

Ill check my schedule ok"@breathofariana: @50cent so when can we fuck again"

Of course, hardly of these make any sense either and most of them don’t even deserve replies. I guess 50 Cent was just really bored waiting at the airport or something on Saturday so decided to troll all these people. Pretty funny but not really – try harder next time, I know you’ve got it in you 50.

The Game Calls 50 Cent And Other Rappers Gay