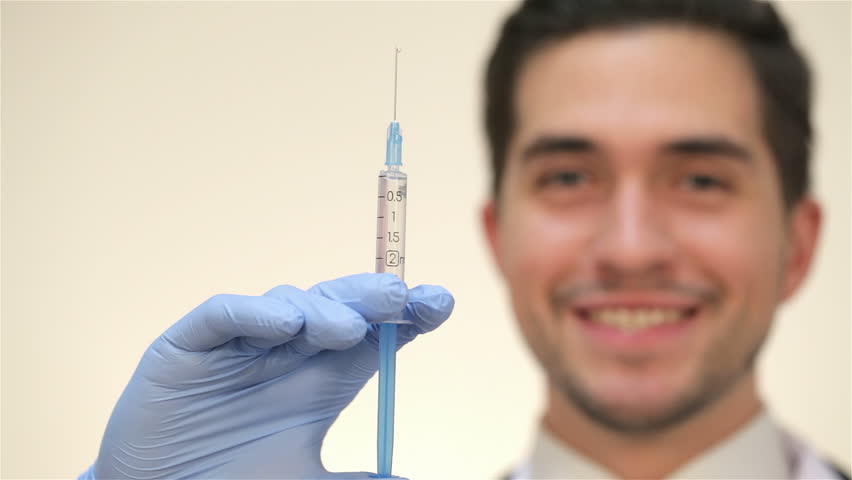 We all have people we disagree with politically, but imagine being so wound up by other people’s political beliefs that your response is to transform into a calculated serial killer.

Terrifyingly, this seems to be the case for one American retirement home worker who confessed to fellow Reddit user via PM that they have been facilitating the deaths of elderly Trump supporters. 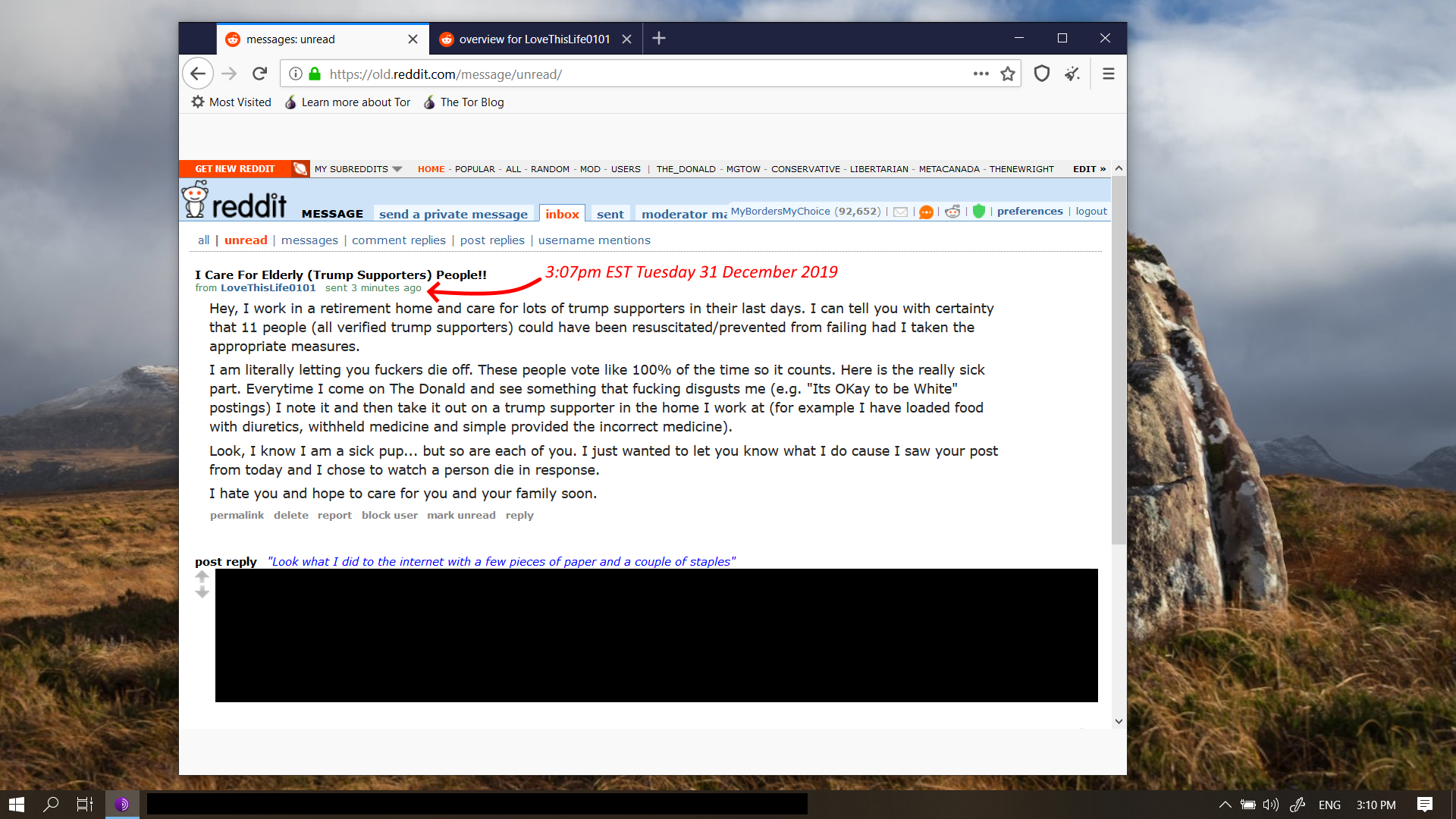 In case you can’t read that:

Hey, I work in a retirement home and care for lots of trump supporters in their last days. I can tell you with certainty that 11 people (all verified trump supporters) could have been resuscitated/prevented from failing had I taken the appropriate measures.

I am literally letting you fuckers die off. These people vote like 100% of the time so it counts. Here is the really sick part. Everytime I come on The Donald and see something that fucking disgusts me (e.g. It’s OKay to be White postings) I note and then take it out on a trump supporter in the home I work at (for example I have loaded food with diuretics, withheld medicine and simply provided the incorrect medicine).

Look, I know I am a sick pup… but so are each of you. I just wanted to let you know what I do cause I saw your post from today and I chose to watch a person die in response.

I hate you and hope to care for you and your family soon.

Holy crap, that’s intense. It’s like towards the end of a movie when the supervillain reveals a little bit too much information about their master plan and it ends up backfiring in their face completely.

Sure enough, 4chan got to work and somehow identified the person who sent the PM, and have now forwarded their details to the FBI:

Indeed the guy’s name and details are all over 4chan as well as assurances the FBI have been notified so if there’s any truth to this lunatic’s story it looks like the authorities will be all over it.

I did think at first that either the OP was making the whole thing up or that the person who sent the PM was trolling, but if we’re being honest – there are people out there who are so politically disgruntled and obsessed that they would kill for what they believe is a just case. Looks like they may also be stupid enough to post about it online as well.

For more 4chan heroics, read about the time they helped Jenna Jameson track down her backstabbing former personal assistant HERE. What a bunch of heroes.