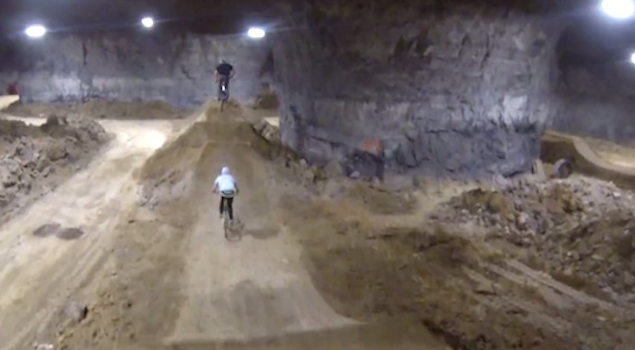 Underground BMX parks have long been talked about but have never actually materialised. Until now.

Underground BMX parks have long been talked about but have never actually materialised. Until now.

Welcome to Louisville Kentucky where some insane millionaire has decided to build an underground BMX track 120 feet under the Earth’s surface that spans 320,000 square foot. It’s going to feature over 40 trails for both beginner and intermediate riders and looks like it would be the sickest spot to hang out and practice BMXing ever. It’s also called the Mega Cavern which is the only real name befitting something like that, right?

The Mega Cavern is opening this January and will no doubt see an influx of BMXers moving to the area. You can see a video of a run in there below and although the run itself isn’t anything that special, the fact that it’s taking place in a gigantic underground cavern makes it about ten million times cooler.