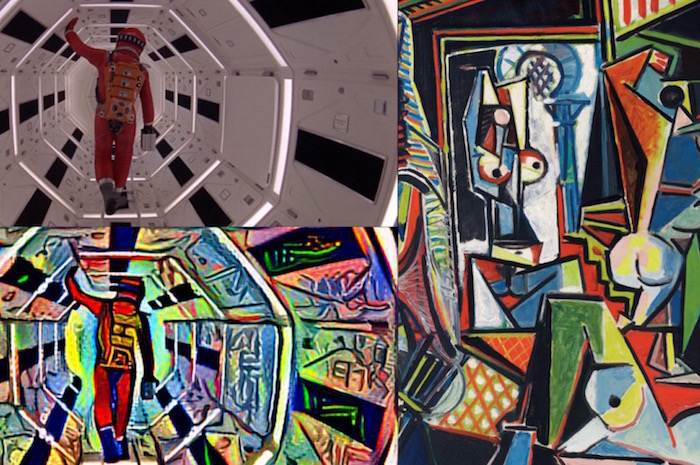 Stanley Kubrick’s visual masterpiece, ‘2001: A Space Odyssey’, has been given an even trippier makeover by Bhautik Joshi – a self-described “professional dork” from Iceland.

This guy decided to create a short video rendition of the movie mashed up with Pablo Picasso’s cubist style and the outcome is nothing short of an aesthetic masterpiece. The video follows astronaut David Bowman as he changes through the different compartments of his spaceship all the while as the background is morphing and shifting with bright colours. The clip ends with the film’s final scene where Bowman finds himself in a strange room with a mysterious door. Check it out for yourself:

Crazy huh? I think it’s clever how he’s decided to merge this movie in particular, which took a minimalist approach where the viewer has to use their imagination and merged this with a completely mad visual effect to create an even more elusive and mind-blowing experience. Nice work Joshi.

For more on Stanley Kubrick, check out this absolutely batshit crazy fan edit of ‘The Shining’.