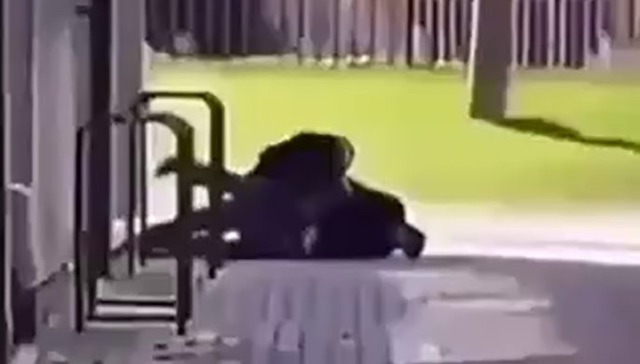 This doesn’t happen in England?

It’s not very often that you hear about school shootings in the UK, but one apparently went down at Crawley College yesterday afternoon after an 18 year old gunman was wrestled to the floor by a heroic teacher.

The teenager was armed with a gun and firing blanks as he was pinned down, before being arrested and taken into custody. The police have announced that they’re not treating the incident as a terrorist attack, although I’m not sure if that’s a good or bad outcome in this scenario. Thankfully nobody was shot, but two people did suffer minor injuries.

Here’s what a 17 year old pupil at the school named Elise said what happened, as well as some footage from Snapchat:

I heard several shots being fired really quickly and everyone dived out of the classroom. I saw the gunman. He was wearing a black Puma hoodie and a mask. I was only a few yards away and I could see he had this pistol in his hand and was waving it around.

I don’t think he was very old but he was difficult to see behind the mask and hoodie. He pointed the pistol at my tutor and fired but they were just blanks, thank God. He was so shocked.

He continued ranting and shouting telling people to ‘Run, run’. He was trying to scare people, deliberately. Everyone was pretty scared.

No-one knew what was going on. I didn’t feel too scared so I tried to approach him but we were told to get back in the classroom. Everyone was pretty petrified. We had no idea what was happening and it’s worrying with all the terror attacks you hear about.  ‘I heard he stabbed on lecturer in the hand when he tried to tackle him and I also heard he may have also stabbed himself.

Sounds pretty terrifying but like she said thank the lord that they were only blanks and nobody was really too badly hurt. It will be interesting to find out who this guy was and what his motivation for the shooting was if terrorism has definitely been ruled out.

Hope it wasn’t anything dumb like a prank for a YouTube video or something, although I think you would have to be severely deluded if you thought that anything like this was actually going to be funny. Wait and see I guess but I think we can all agree that it’s completely crazy that something like this just happened in the UK. When does that ever happen?

For more of the same, check out these disturbing videos that a school shooter posted before his assault on a Washington school back in 2017. What is wrong with people?