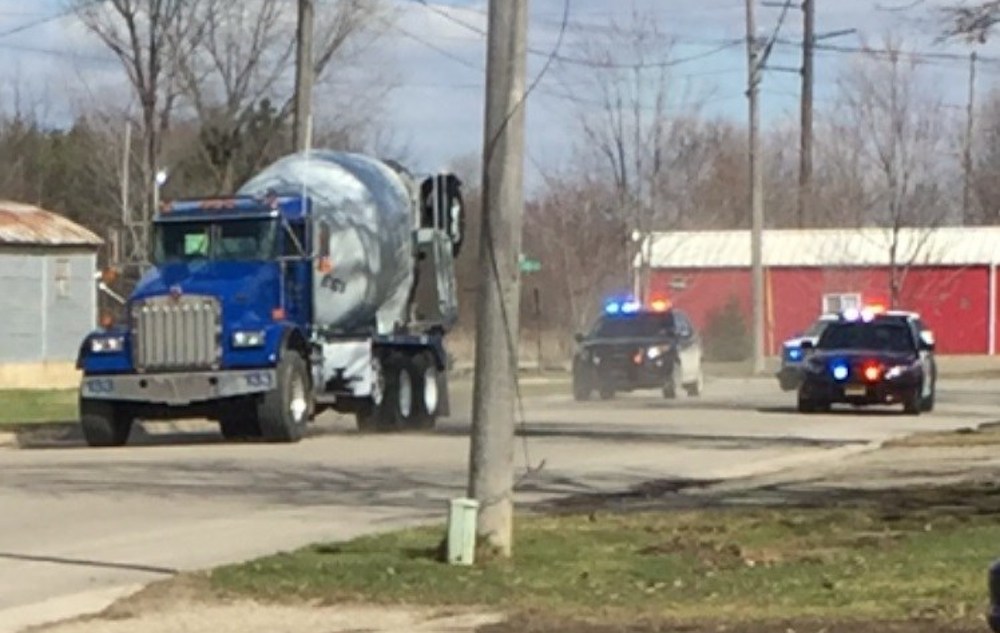 They see him rollin’.

When I was 11 my idea of naughty was to burn Tipp-Ex and pretend to smoke grass down the local park. Things have certainly changed since my time, as now it seems like joyriding might be the thing to do for bored pre-teens — or at least it is for this 11 year old.

The unnamed boy from Minnesota was involved in a high-speed pursuit on Sunday after he nicked the concrete mixer from somewhere near a town called Kasson.

According to the Dodge County Sheriff’s Office, he took the truck at around 3pm from a worker who had left his keys in the vehicle. After the authorities were notified that it was stolen, they tried to get him to pull over for speeding, but he carried on going even after the truck lost its front right tyre. Apparently the kid reached speeds of 70 mph — what a boy racer.

During the chase, which lasted an hour, he also bashed into a state patrol car and another police vehicle. He then drove back into town where he attempted to hit even more vehicles. It was only after they wacked out a helicopter that the police managed to back him into a dead end. The kid tried to get away on foot but was caught and arrested pretty sharpish. Although there were no injuries from the incident, I’m guessing he’s still going to be facing a pretty fierce juvenile sentence. Check it out:

I know this is really, really naughty and he is probably going to be grounded for quite some time, but I can’t help but think that this kid is a bit of a badass. Especially as that guy says that he was, “smiling, hooting and hollering,” and just having a good time. He probably only wanted to give the locals a bit of entertainment in what looks like quite a boring town to live in.

At least he didn’t joyride while he was stoned and naked like this girl – because we all know that does not end well.