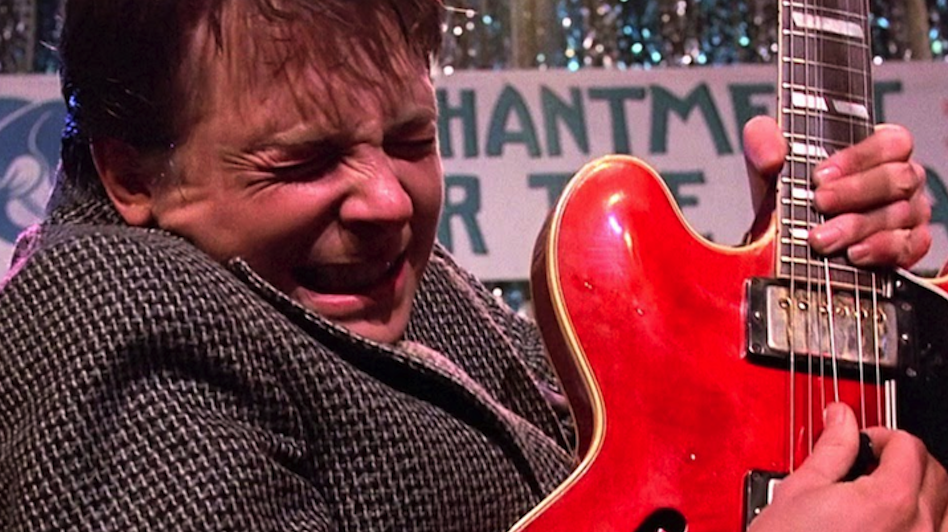 We bring you the 11 best musical scenes from the history of cinema – guitar, piano, blues, rock’n’roll – it’s all here.

Music and Film are probably two of the greatest things ever invented, so us kindly folk here at Sick Chirpse thought we would compile a list of the 11 best musical scenes in the history of film.

Now before you all go off on one and start spamming us with lists of amazing soundtracks, let’s lay down some ground rules.

1. These are all scenes where the actors perform (or at least pretend to perform) songs with instruments on the screen – so no film scenes with great background music, however good, will be included.

2. No scenes from biopics of musicians – that counts as cheating in our book.

3. No famous musicians playing themselves – this also counts as cheating, and if we allowed this then there would be more scenes on this list than you would have the inclination to read, or we would be bothered to think of.

4. No musicals – what we are looking for is musical scenes from films where music isn’t the integral point of the film. Obviously some of them will be heavily influenced by music, but no actual musicals.

If you have never seen the Mariachi trilogy then get your act together and give them a glance. A Mariachi dressed in black arrives in a Mexican drug town at the same time as a vengeful hitman dressed in black, with a guitar case full of guns. Simple, effective, and cool as shit. What started out as a low budget Mexican production with a sick storyline in El Mariachi, soon got picked up by the big money and the relatively unknown lead actor got replaced with sexy Antonio Banderas.

The result was Desperado – an absolutely brilliant sequel to a cult classic, and with the higher production budget came better gun fights, better cameos (Steve Buscemi and Danny Trejo) and some sweet sweet guitar.

If all of that wasn’t enough of a reason to watch this film – it also has Salma Hayek in it. So there’s something for everyone! Sexy Antonio, sexy Salma, sexy guitar, sexy Danny Trejo with some sexy throwing knives, and Steve Buscemi with his sexy Steve Buscemi eyes.

As for Once Upon A Time In Mexico…Enrique Iglesias? Really?

Of course this was going to be in here.

Probably one of the most iconic scenes in the entire original trilogy, the Cantina band are one of the best pieces of science fiction writing to make it into cinema. George Lucas and the musicians on this film absolutely nailed it with the sleazy space port’s sleazy smuggler bar.

You can always tell an iconic film scene by the amount of parodies and homages it inspires, and we’ve seen everyone from Robot Chicken to the London Symphony Orchestra parody this song.

YouTube has various mixes and 10 hour versions of this song but we thought we would give you the full scene so that you have time to get your Jedi robes/stormtrooper uniform on and enjoy it properly.

Look how bloody cultured we are! A Chinese language film!

Out of all the floaty martial arts film that the Chinese film industry vomited out after the success of Crouching Tiger Hidden Dragon, Hero is a genuinely great production. Yeah it still has the weird floating on strings shit in the fight scenes, but it’s done in such an over the top artistic way that you can’t really fault it.

In case you are desperately wondering what he is saying in Chinese at the start of the scene, it’s essentially along the lines of “as the music played, we battled in our minds”. I don’t know about you but normally when I listen to music that intensely I fall asleep. I guess that’s why Donny Yen beat me to the job as Jet Li’s enemy in this one. Ah well.

This scene is probably the best one in the whole film, and that Chinese string instrument – the Zheng, is just one of the coolest sounding things ever invented.