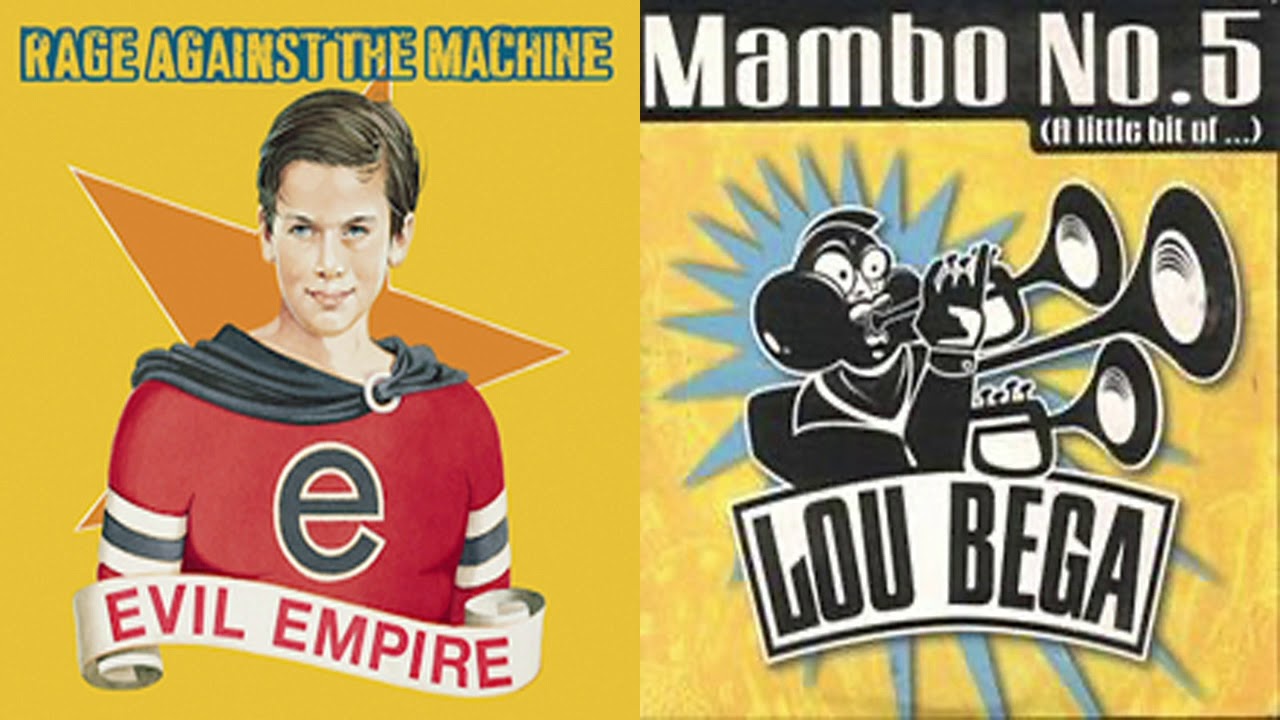 It’s been a while since we’ve highlighted a really stupid mash up on these pages, but thankfully William Maranci has decided to combine Rage Against The Machine’s ‘Bulls On Parade’ and Lou Bega’s ‘Mambo No. 5’ and well the results speak for themselves and work spectacularly well.

Maranci has kinda slowed down Bega’s vocals and reverse pitched them so it fits in more with the metal aesthetic of the song and actually kinda sounds like it could be a really bad nu metal song. Take a look below and see what you think:

Lol. This also kinda makes me think that this is what all those people who were complaining about Rage Against The Machine being a political band a few weeks ago were actually hearing when they heard their songs, rather than Zack De La Rocha’s impassioned screams about capitalist and racist injustice all over the world. That’s the only explanation surely?

For more of the same, check out this Daft Punk/Beastie Boys mash up album. Best thing about 2016 apparently.