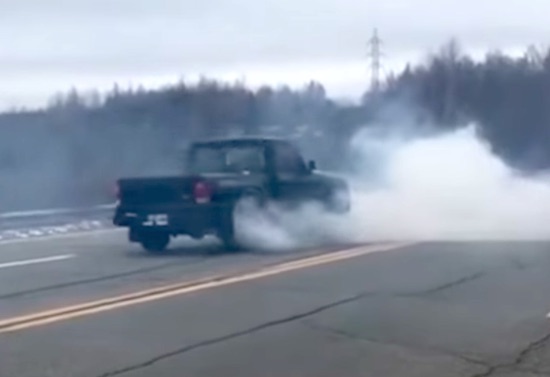 Someone was finally dumb enough to try it.

For everyone who has ever driven a car with a shift stick, I’m sure you’ve all wondered what would happen if you suddenly shifted into reverse when you were travelling at a high speed and kept your foot down on the accelerator.

I’m sure you could come up with some guess as to what would happen, but I doubt anyone has actually ever been dumb enough to try it. That’s where this guy comes in. No idea who he is or why he thought it would be a good idea, but I suppose somebody had to figure out the truth didn’t they?

Yeah, that was fairly underwhelming wasn’t it? I was hoping the car would explode, but nah it just burns out the tyres, sounds like it’s going to break and then starts going backwards. I guess at least now we know and don’t have to tune into the new series of ‘Top Gear’.

For more of the same, check out this dash cam footage of a car accidentally driving off a cliff. Whoops.