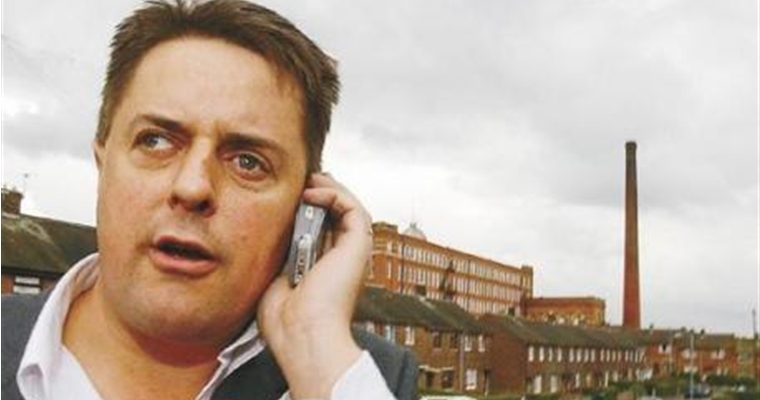 We take a closer look at the most unpopular man in Britain’s dumb party & their policies. And also laugh at his face a bit.

Nick Griffin, the ever charming and erudite leader of the British Nazi Party, ooops, I mean British National Party has been working his magic again. Sick Chirpse recently wrote about him getting involved is some good old fashioned homophobia. He basically got involved in some debate about a gay couple who were not allowed to stay at a Christian bed and breakfast because she wouldn’t let same sex couples stay there because it was against her belief system. Of course, this had nothing to do with Nick Griffin but he decided to get involved and share their address on twitter, and subsequently got himself banned from the service for a day. You can read the deets of the whole sorry incident and all the ridiculous crap Nick Griffin spouted about it from our old pal Timw_Brap here. Oh, and just FYI, if you’re interested to know where Nick Griffin lives, here you go: 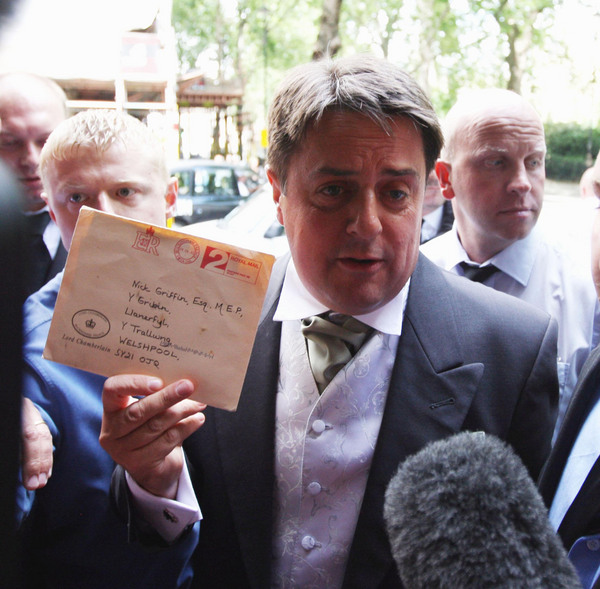 Anyway, we all know that the BNP are thinly veiled fascists and general cack peddlers, but I thought I’d spend my rainy afternoon perusing their website to see what other shite they write about the right. No one’s all bad are they? Surely there’s some nuggets of wisdom underneath the thick veneer of guff?

Nope, it’s guff all the way down I’m afraid. I got some LOLZ out of it, but because they’re serious the LOLZ fade quickly. For instance, on their front page they have an article called “discrimination is a good thing”. You couldn’t make it up could you. 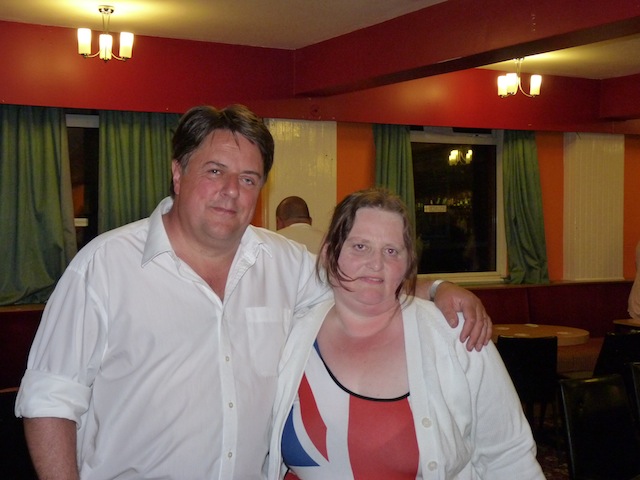 According to the front page of their site, the BNP are the fourth largest party and also the fastest growing. They don’t back these up with any facts or figures of course. But the fact that they are growing at all and actually quite big now is terrifying enough, regardless of position. In the General Elections in 2010 they got themselves 563,743 votes. To give that a bit of perspective, that’s about the population of Liverpool. Worrying.

Despite Nick’s Twitter ban there is an ad on the front page of their site and he is as active as ever, I caught a little conversation between him and a big eye-browed teenager. The  youth tweeted:

“You’re fat and look like a potato.” Nick, determined not to sink to the boy’s level replied “How did you get those 2 slugs to stay on you forehead ?” – Mature. Good work Mr politician man. I also love the way that even their own media team can’t find a picture of him not looking like a bit of a mong: 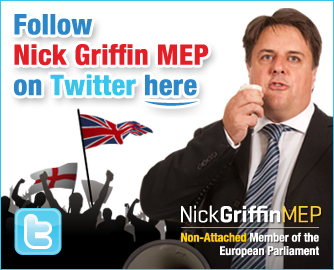 This is one of their opening lines in the manifesto section on immigration. Obviously they have a lot to say on that topic: “At current immigration and birth rates, indigenous British people are set to become a minority well within 50 years. This will result in the extinction of the British people, culture, heritage and identity.”

What gets my goat so much about this thinking is that even if you forgive the blatant racism (which I don’t), it makes no sense.
What is “British”? All humans started out in Africa, some eventually got to what is now the UK, they were invaded, among others, by the French, Danish, Dutch, German and not least the Romans, over hundreds and hundreds of years. They mixed culture, genes and language. So the “British” he speaks of was a mongrel from the start. Plums.

And it seems just a little bit rich that we shouldn’t let people live in our country seeing as us Euro-dicks stole Australia, the Americas and loads of other places off the locals all those years ago, and never gave it back. Rich indeed.

A slightly weirder policy that they want to bring in is to bring back all the old weights and measures? What the fvck is the point of that? Just for the sake of a bit of nostalgia is it? Pointless, absolutely moronic. Pounds, ounces, stones, feet and miles were fine for many years. But we made the maths easier with the metric system, get over it. D’you want us to bring back steam trains and the abacus too? 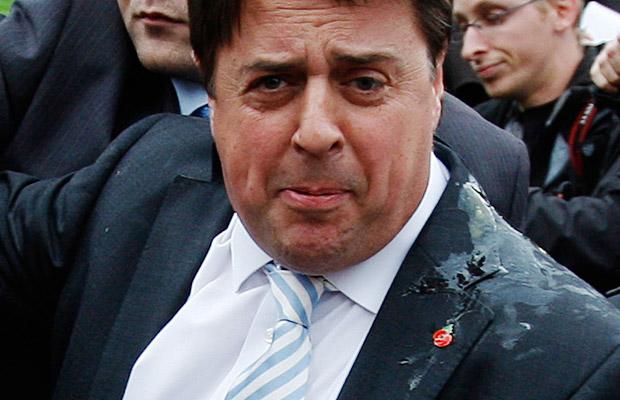 Here’s some more BNP bum-puke: “we call for an immediate halt to all further immigration, the immediate deportation of criminal and illegal immigrants, and the introduction of a system of voluntary resettlement whereby those immigrants who are legally here will be afforded the opportunity to return to their lands of ethnic origin assisted by generous financial incentives both for individuals and for the countries in question.”

It’s not only mental, it’s massively impractical. It’s like little baby Hitler has had an idea and written it down on his etch-a-sketch for teacher to see. 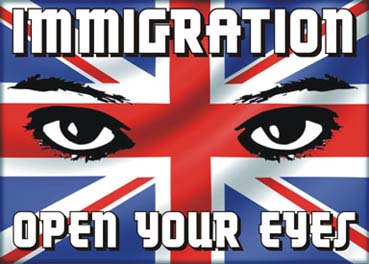 They are also well up for introducing corporal punishment for petty criminals and the death sentence for paedophiles, terrorists and murderers. It’s like they want to drag the country deep in to the Dark Ages and drown it in the local mill pond for being a witch. I just don’t get how people can be sucked in to this drivel. But they are. I recommend having a look for yourself. As the great wise bloke once said – know your enemy.

And to cheer you up here’s a BNP umbrella off their merchandise section if you fancy one?: 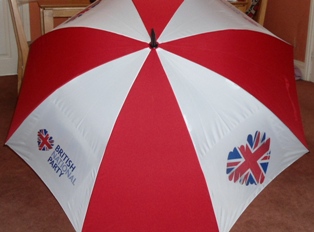