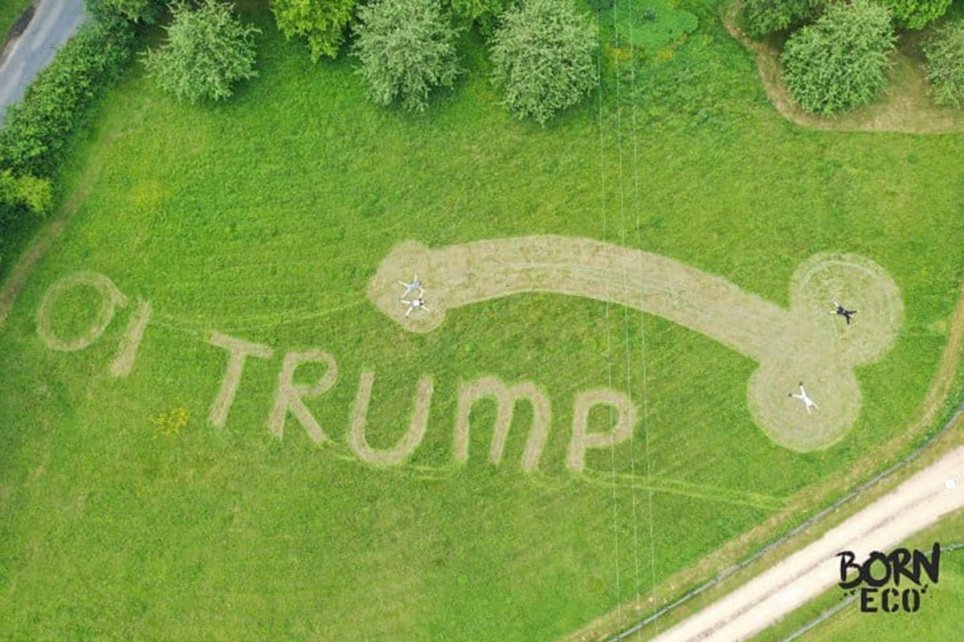 You gotta admire the effort that went into this.

Donald Trump is back in the UK again today and it’s safe to say that a lot of the population of this country aren’t too enthralled to see the leader of the free world back on these shores again.

This can’t be better illustrated than this example from the guys over at Born Eco who decided to cut a massive penis with the words ‘Oi Trump’ into the grass on the flight path to Stanstead where Trump is landing, ensuring that if he looks out of the window on his way to the land there then he’ll probably see them. They also cut ‘climate change is real’ and a picture of a polar bear, again criticising some of Trump’s more outlandish policies. 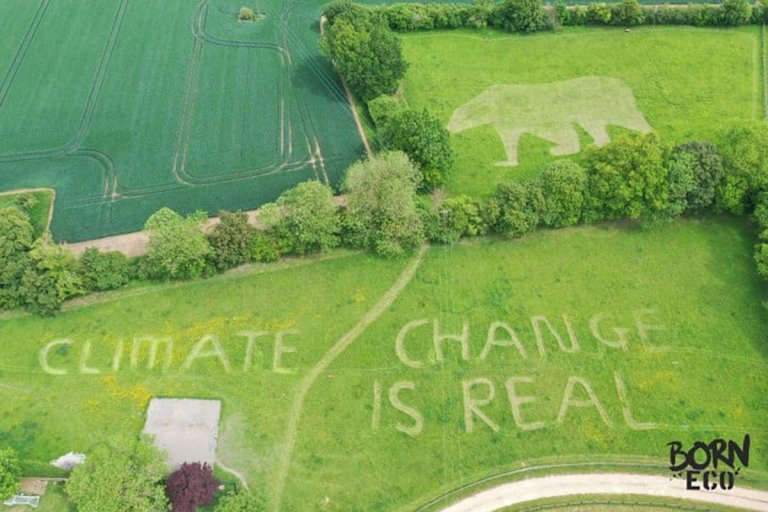 Nice. No word on whether or not Trump actually did spot these messages, but you’ve gotta think that he’ll see them on Twitter feed or be aware of them somehow because they’re pretty big news right now all over the internet. I doubt he’ll care too much about it though and will probably just post another rant on the internet or alternatively completely change the subject and talk about something else entirely when asked about it. You know what he’s like.

Talking of which, did you see how he insulted Sadiq Khan just moments before he landed in this country? Classic Trump really there isn’t it.