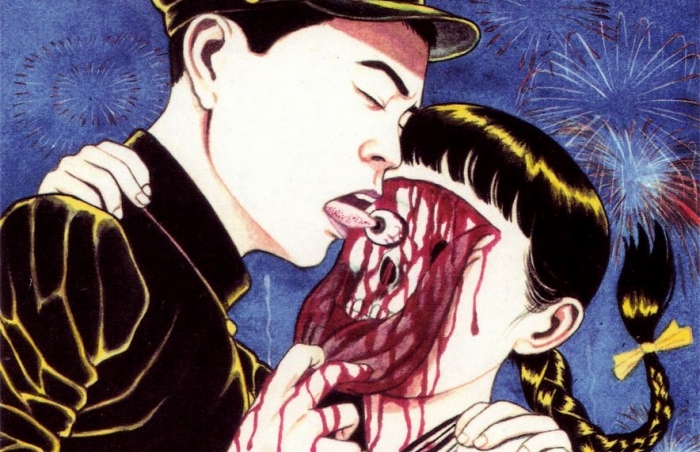 Suehiro Maruo is a talented Japanese artist. Unlike the playful bleakness of other Japanese art, like the Attack on Titan theme park stuff, this is really scraping the sanity barrel. His art exclusively covers the arcane and the profane. Initially his work was turned down by manga big wigs because of its heavy-duty themes. So he kind of backed of from it all and then returned once culture had caught up with him.

Maruo is now a very successful artist and it’s easy to see why. Behind the blood dripping and screams there’s some easy on the eye art work. The genre is known as Ero Guro, and it concentrates on erotica and the grotesque, it’s also known as muzan-e “Bloody Prints” (a subset of Japanese woodblock art depicting violence or other atrocities).

Take a look at some of his handiwork over the following slides. But, like I said in the title, it’s very much NSFW. OK? 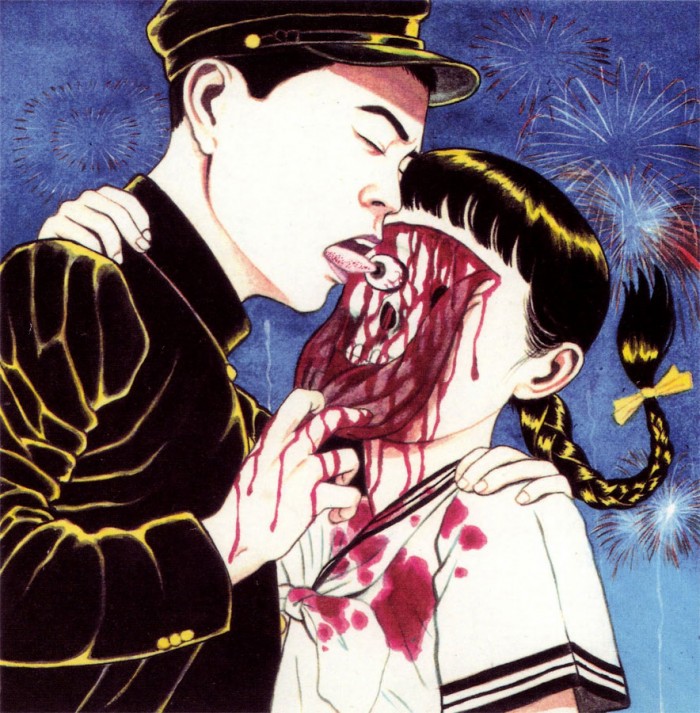