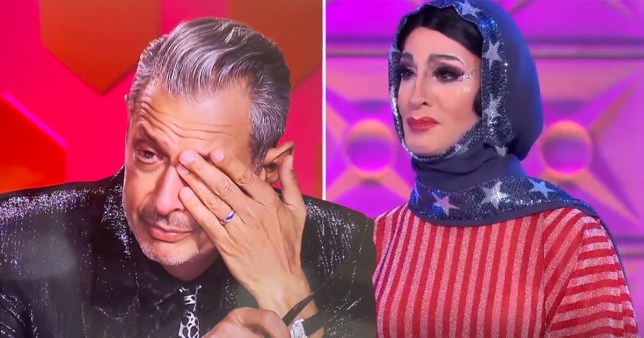 Jurassic Park legend and certified Hollywood elite Jeff Goldblum is catching some flak this week for comments he made whilst appearing as guest judge on the latest episode of RuPaul’s Drag Race.

I’m not sure what 67-year-old Goldblum knows about drag culture that qualifies him to be a guest judge, but nonetheless he turned up and made what many are calling ‘anti-Muslim’ comments after drag queen Jackie Cox appeared on the runway in hijab sporting the Stars and Stripes.

Jeff Goldblum was correct and honest to ask this question.

If we criticize anti-woman and anti-LGBTQ attitudes and laws everywhere EXCEPT Islamic societies—where they are rampant—we are holding Muslims to a lower standard. And THAT is bigotry. pic.twitter.com/Z5Ddf3auEI

Well, he’s got big balls to say that on national TV in this day and age, that’s for sure. But then again this is Jeff Goldblum we’re talking about – the guy is so big in the game that’s he’s basically un-cancellable.

Even still, a bunch of people have taken to Twitter to call him anti-Muslim, Islamophobic, bigoted and all the rest of it. Other people, like the guy who Tweeted out the clip above however, raise a good point – that Goldblum was asking a question that no one would think twice about if it was asked about any other society. Hopefully Goldblum realises that most (all?) religious texts are misogynistic and homophobic, and most Muslims are decent people with fairly progressive values.