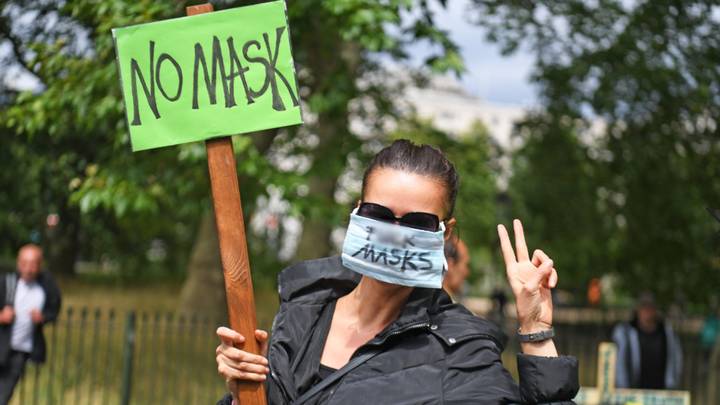 I’ve already written one post today about a woman in America who got so annoyed about having to wear a face mask that she ended up urinating all over a shop and now I find out that there was a massive protest in Hyde Park yesterday against the government of this country for making everyone wear one to enter a shop from Friday.

Hundreds turned up to the event that was set up by Keep Britain Free, a new organisation that describes itself as a ‘movement representing the millions of people who want to think for themselves and take responsibility for their own lives’. Here’s their mission statement: 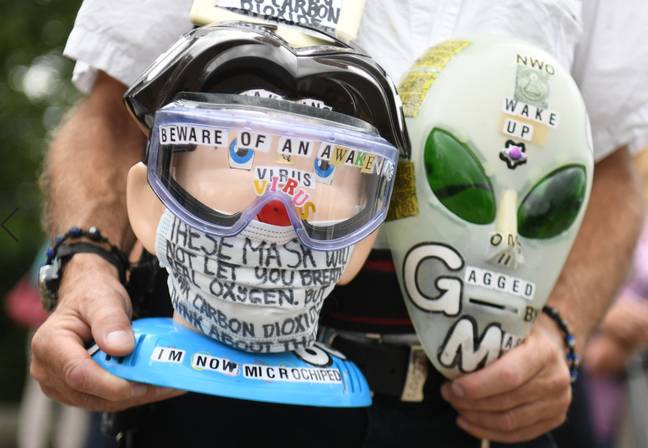 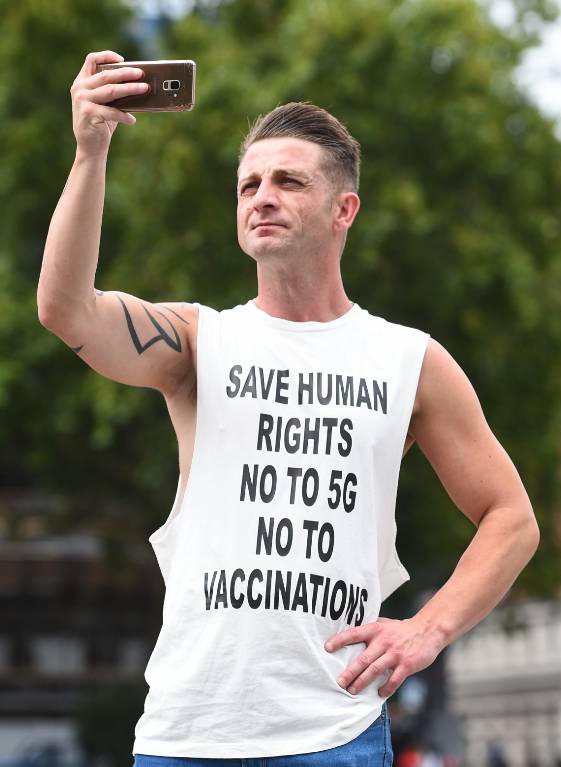 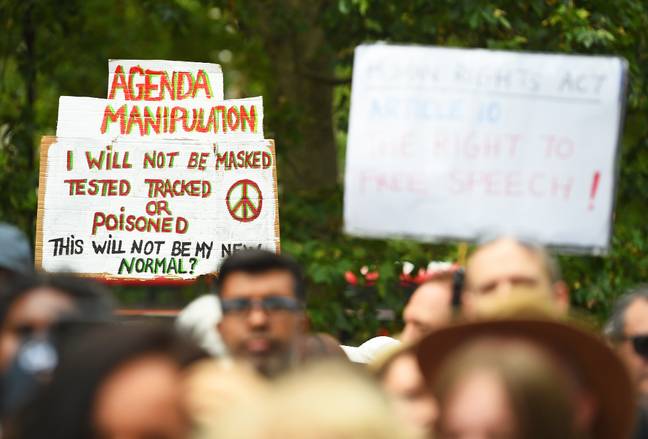 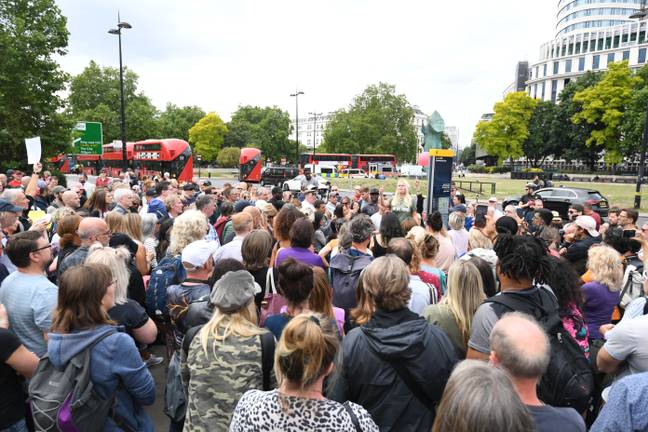 This country has a proud history of fighting for freedom. Yet the Government has used lockdown to strip away our liberties.

Every aspect of our lives is now controlled by draconian rules and regulations. We are told how many friends we can have; whose houses we can visit; where we can travel – even what to think.

These measures are devastating the economy. They will ruin lives for generations. Millions of people have already been put out of work. Left to their own devices politicians will seek to control us.

Keep Britain Free is a new movement representing the millions of people who want to think for themselves and take responsibility for their own lives.

We are not a political party. We are a group of independent thinkers who seek to influence politicians come polling day. We stand for Freedom: of speech, choice and thought. We champion life, liberty, and the pursuit of happiness.

A government exists to protect its citizens. We need to get back to this simple premise and judge them on this. By coordinating our efforts we can ensure that our voice is heard at the heart of government and bring about real change.

I mean some of what they’re saying here is right, but surely you just have to look at the effect that not taking the necessary measures earlier on during the pandemic had on the country i.e. the highest death toll in Europe. Surely it’s not that much of an imposition to wear a mask and at least try and stick to some of these rules so that fewer people end up dead from COVID-19? So weird how this is even a big issue for people when it seems fairly easy just to follow the rules.

For more of the same, check out that woman pissing all over the store that I mentioned earlier. Completely crazy behaviour.