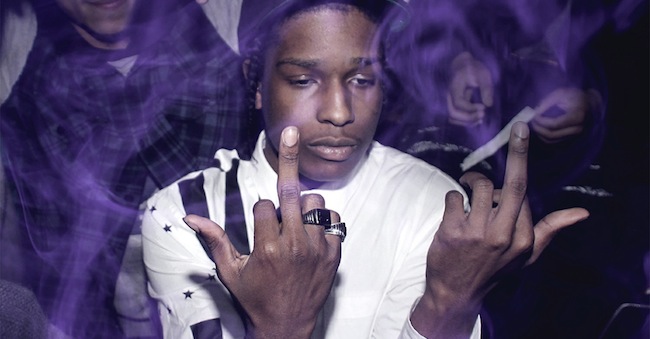 A video that’s been uploaded to YouTube has A$AP Rocky accused of allegedly slapping a female fan at a concert in Sydney.

Footage has recently surfaced of Harlem rapper A$AP Rocky apparently slapping a female fan at a concert at the Hordern Pavilion in Sydney, Australia.

The rapper was attempting to make his way through an excited mob of fans during the performance on Friday night. The video, which was uploaded to YouTube, shows a particularly affectionate female fan hitting A$AP on his cap, seemingly to get his attention, before getting a swift “alleged” slap to the face from the performer. All the while the lady is trying to blow the rapper a loving kiss. Tragic.

My personal favourite moment in this epic tale of unrequited love is the moment when A$AP wags his finger disapprovingly at the lovelorn beauty. Public rejection has never been so funny, yet so sad. That’s not to say I think what he did was okay. Rocky and the A$AP Mob have a reputation of getting into fights at shows. This, however is a completely different story. All the reports specify that he “allegedly” lashed out. But he slapped her. He definitely slapped her. You can decide for yourself, I suppose. But yeah, he slapped her.